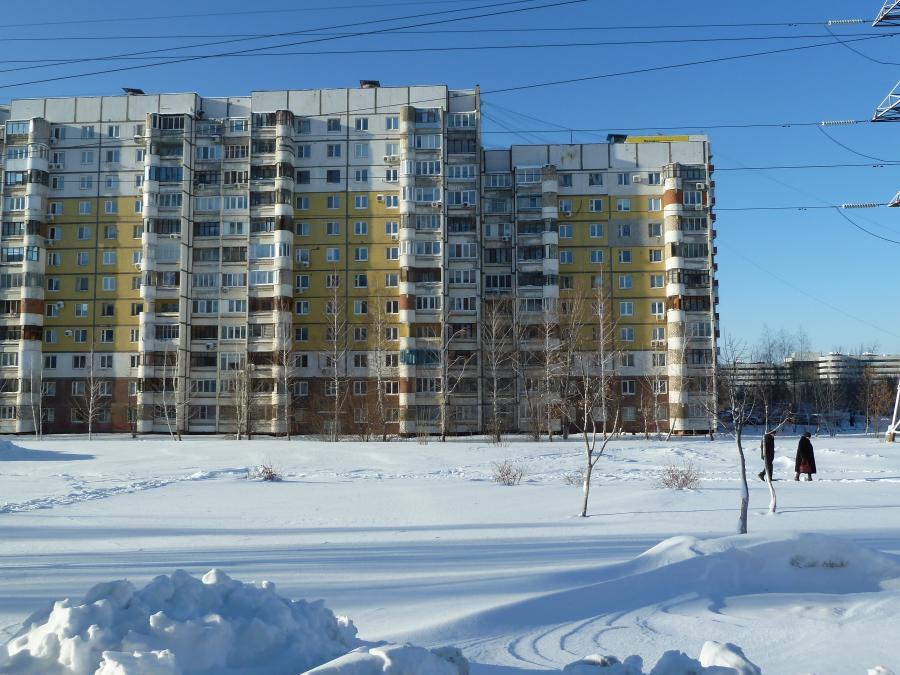 This article was written by Charlotte Bull, published on 30th January 2015 and has been read 4587 times.

Charlotte Bull is studying German and Russian at the University of Cambridge and is spending her year abroad in Samara, Russia, working as a volunteer in an NGO office through the European Voluntary Service. If you're interested in learning more about a year abroad in Russia, have a look at her blog!

Roll out of bed about 8am to get going on another week. I’m here in Samara as a European Voluntary Service volunteer, which is a great Europe-wide programme that runs funded volunteer opportunities. All my costs are covered and the project sorts out accommodation, training and some language tuition when you first arrive. My EVS project is in the Russian office of an NGO, called ICYE. The organisation promotes international volunteer exchange to local charitable projects and in Samara alone there’s various opportunities, including work supporting families with disabled children or helping out in Waldorf kindergartens. My project involves more behind the scenes tasks – completing various forms, visiting projects in the town to see how things are going, speaking to potential volunteers, producing a newsletter and doing a whole range of other things that crop up!

I am finding that volunteering is a great way to meet people who you otherwise would never get the chance to meet and it really stretches your language skills. I remember in one of my first weeks in Samara, organising a first aid course for other volunteers and stumbling my way through various phone calls explaining what topics I wanted to be included!

Another day in the office where I work. My journey takes about an hour from the house where I’m living with a host family, including a 15-minute walk up a hill to the bus stop. At the least it’s a good warm-up during the freezing Russian winter. Winter temperatures average about -15oC and can get as low as -30oC in Samara, but as long as you’re armed with a good down coat, or a fur one if that’s your style, and some decent boots you’re good to go!

The roads are poor quality in Samara and there is only one short metro line, compared to the comprehensive systems in cities like Moscow, and St Petersburg, so traffic is a nightmare. My solution to stop insanity sat in traffic on the way home? Podcasts, vocab learning (if I’m feeling virtuous) and a good old nap. But you also see people watching whole episodes of TV programmes on the bus to make up for the lost time – you could probably get through a whole season in a week!

Today I might be visiting a project outside of the office, so it could mean my day is spent getting some documents filled out and then playing with some cute, if noisy, kids or having tea with people at a disability rehabilitation centre. I tend to have a free evening on Wednesday, so to stave off any mid-week blues, I sometimes take the opportunity to get a cultural fix. For instance, Samara has a packed classical music, opera and ballet schedule. In a couple of weeks I’m seeing Swan Lake and I went and saw Pushkin’s ‘Eugene Onegin’ a while back. Certainly not something I had ever tried before, but with tickets going for just a few pounds, it would be rude not to! 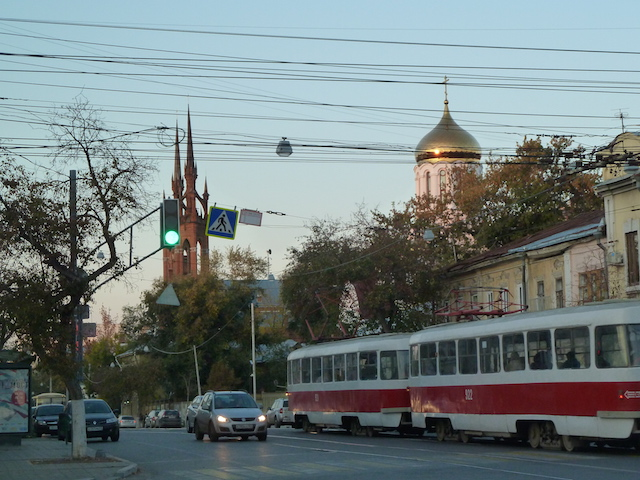 Back in the office today and after work, I do a couple of hours of language exchange. We do an hour of Russian followed by an hour of English, which is great chance to do some more formal language practice. After that, I have football training with a local women’s 5-a-side team. It took me a couple of months of asking around (and lots of strange looks – women’s football is not so popular here!) to find a group to play with, but as with lots of things in Russia, if you keep knocking on doors, it pays off. You pretty quickly learn the key words and maybe a few *ahem* more ‘colloquial’ phrases.

So, with that Friday feeling, it’s a shorter day in the office (lie in!) and then once things are wrapped up for the week, it’s time to relax. I tend to head out for a few drinks with friends, usually a mix of other international volunteers and Russians. There are various cheap bars around Samara and a few clubs as well. Since foreigners are still a pretty big novelty in Russia’s provinces, if people hear you speaking something other than Russian or Russian with an ‘exotic’ accent, it’s often a sure fire way to get into a conversation with them. I’ve had plenty of these passing conversations; although sometimes it can get annoying, you tend to meet interesting people and it’ll mean you have plenty of stories up your sleeve!

Since I’ve arrived in Samara, I don’t think I’ve had one boring weekend. Odd ones, definitely, but boring no. Although on the surface it might seem that not much is going on here, there’s no shortage of events and groups to check out. Just last weekend, I went to watch a basketball match and then for a winter walk along the frozen Volga at sunset. Other weekends, I’ve been to a poetry/rock concert, art exhibitions, ice skating, on a boat trip across the Volga and to the Russian banya. Of course, this can be a little tiring, so I also like to kick back with a book in one of Samara’s ‘tea clubs’ (cafes specialising in exotic teas) or an ‘anti-café’, where you pay for time and not for food/drinks. These places often have a range of board games and host various entertainment evenings, so are a great way to meet people too. After all this, it’s time to wrap up the week with a couple of Skypes home and get psyched for that Monday morning wake up!

A Week in the Life: Volunteering in Rio de Janeiro

A Day in the Life: Volunteering in Russia