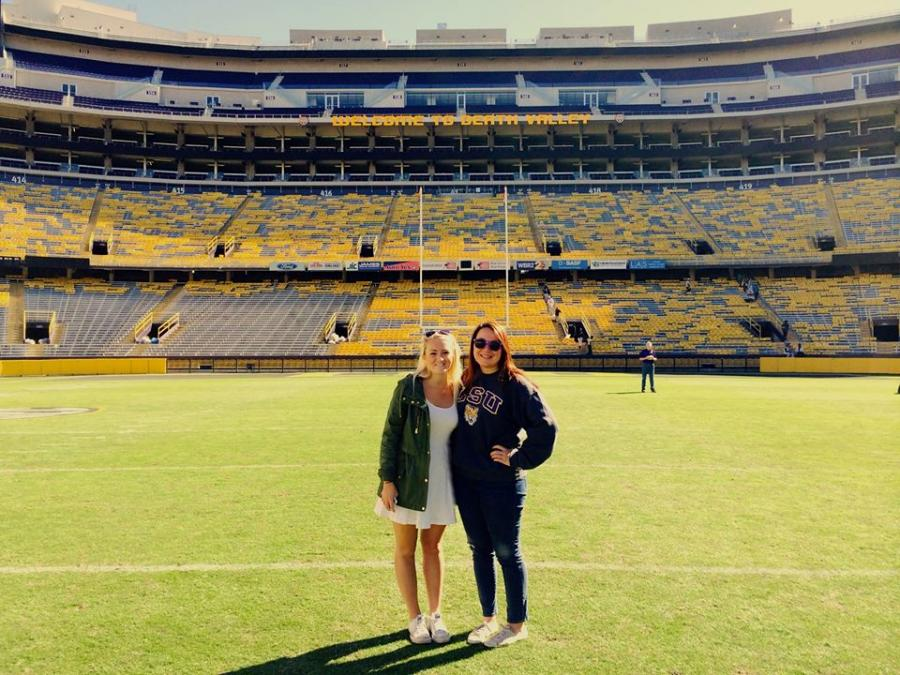 This article was written by Becky Tomlinson from The University of Hull, published on 12th January 2015 and has been read 3804 times.

Becky Tomlinson is currently studying American Studies at the University of Hull and she is spending her year abroad at Louisiana State University in the USA! In this piece, she tells all about her first semester in the Deep South.

When I started, I said that I was going to throw myself into it as much as I could to get the most out of my time here - and I have definitely tried to do that! I have just finished my first semester at Louisiana State University, and it was the most extraordinary and thrilling time of my life. I am so excited to start my second semester here next week.

I was a student who definitely felt homesick to begin with. I was missing my friends, family, and England in general. I felt like I had to hide it though because I was embarrassed that I had been given this incredible opportunity and I wasn't making full use of it. I wrote a piece about being homesick on my personal blog and decided at that point I would try to have the most incredible, once in a lifetime experience. August, September and October were my adjusting months, as during this time, I was able to get into a routine and make lots of friends who helped me to settle in and feel more at home. Once settled, my experience at LSU completely changed.

For one of my classes, in order to pass, I had to work on an election. I was lucky enough to be put in touch with someone who was working on Mary Landrieu's re-election to the Senate campaign. Within a few days, I was attending a lunch where the former Senator spoke before hundreds of people. It was a surreal experience, seeing people from all walks of life come together to support someone they believed in. Following the lunch, I headed into downtown Baton Rouge, where a rally supporting Mary took place. In the room stood some of the most important elected officials in the state, and I couldn't believe how lucky I was to be there. The highlight of my day was without a doubt when President Bill Clinton stood on the stage and spoke to us all. He is one of the most popular Presidents in US history, and I saw him with my own two eyes! He was a sensational speaker, and I'm certain many Americans would elect him as president again if they could. After he had finished speaking, he shook the hands of those at the front of the crowd, and I knew I would never get an opportunity like this again. I raced forward, squeezing through the gaps of the people and ended up at the front, where he would soon pass. As soon as he came close I asked for a picture and he took a selfie with me! I will never, ever forget it, and although he looks slightly photoshopped in the photograph - I promise he is not! 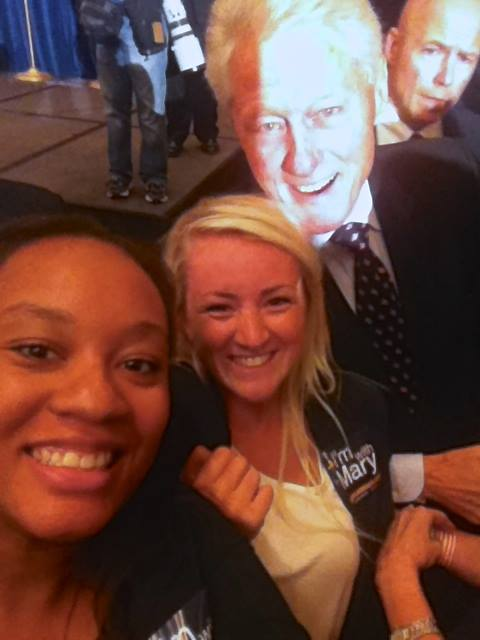 The following evening I attended a lecture at LSU where the guest speaker was Georgia's 5th district Congressman, John Lewis. He was one of the original thirteen riders in the 1960 Freedom Rides, who tried to challenge the Supreme Court ruling which segregated buses. When attempting to ride from Washington D.C. to New Orleans, he was brutally beaten, and left nearly dead. His dedication to the Civil Rights Movement was evident through him being arrested over 40 times throughout the 1960s, and throughout the cause he worked alongside Martin Luther King, Jr. If this wasn't enough, he was also the youngest of ten speakers at the March on Washington in D.C. in 1963 - where MLK did his 'I Have a Dream' speech. Additionally, he was witness to President Lyndon B. Johnson signing the Voting Rights Act in 1965.

Within those two days I had listened to several incredible people who had all overwhelmed me with hope and inspiration. Our planet is in safe hands if these are the kinds of people we elect into political office.

Two weeks later, still supporting Mary Landrieu, I travelled to New Orleans with a couple of my friends. We were to attend an even larger rally than the one with President Clinton. A large hall was once again filled by a variety of people, and we got there early enough to be right at the front. The key speaker at this rally was Hillary Clinton - an absolute idol for a young girl like myself. Everyone in the building adored her, chanting her name as she danced her way onto the stage. To have been able to hear her speak in person was incredible. I even managed to get a selfie with her too! She is a woman who did get largely famous through her husband, but she has gone on to achieve an awful lot through her own merit, such as putting her differences aside and be the Secretary of State in her former opponent's administration. Everyone in the US is eagerly waiting for her official announcement to run for President in 2016. 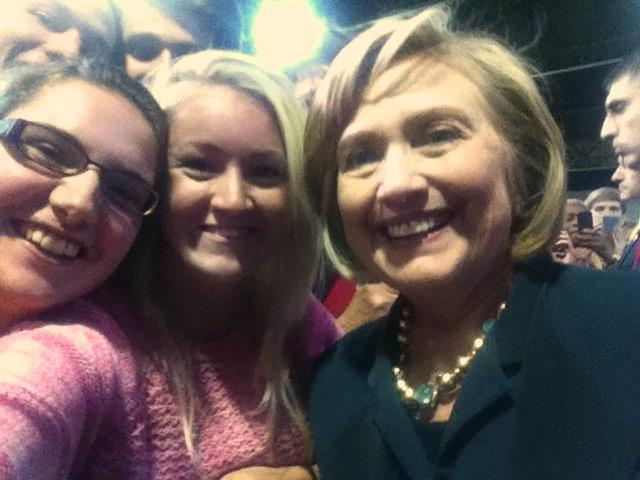 Unfortunately, the campaign I worked on went into a runoff, and Mary lost to Republican Senator Bill Cassidy, who I hope can represent Louisiana as well as Mary did during her time in public office.

As well as working on the campaign, I also did a number of other things in my fall semester. It was the football season, and therefore LSU had several more home games. I was fortunate to get a free ticket right next to the field for the LSU v Alabama game, which is arguably the biggest rivalry in the south. In the last 12 seconds of the game, Alabama stormed ahead taking the win, however it was still phenomenal. Football games in the US are definitely something that everyone should try and experience. The atmosphere is just electric and seeing it on TV doesn't do it justice. The following day, my department of Humanities and Social Sciences was allowed onto the field. It was a clear, warm, November day and to look around at the 102,000 empty seats was breath-taking, Tiger Stadium is sensational. 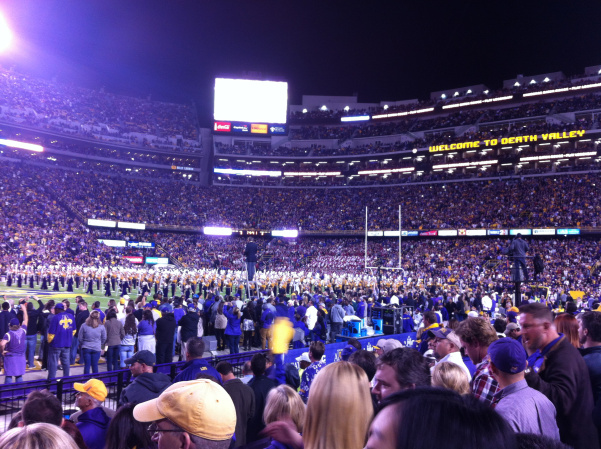 The period between that final home game and Christmas was largely filled with deadlines and finals, which is the unfortunate but necessary part of studying abroad!

I was also extremely lucky in that I was able to spend New Year's Eve watching fireworks light up the Mississippi River. Also, I spent my 21st birthday with some of my closest friends in New Orleans, and it was something I would have never been able to do had I not done a year abroad. Being in NOLA on January 6th, meant that Mardi Gras had officially started, and we watched the first parade go through the streets of New Orleans, which is an incredible city. The beauty of it is astounding, with each building different to its neighbour, and it is widely considered to be the best city for food. This, I completely agree with.

There have been points where I have doubted my decision to choose LSU, however when I look back at the things I have experienced and achieved, it was the best decision I could have made. I feel like I totally threw myself into a culture, which is so vastly different to what I am used to, that I have grown and matured as a person. I have acquired skills which I will be able to use back home, and the memories will certainly stay with me forever. I have no idea what the Spring semester will have in store, however I plan to travel a lot more, with trips to California, Las Vegas and New York already planned. I only have 4 months left, and I’m going to make the most of it. 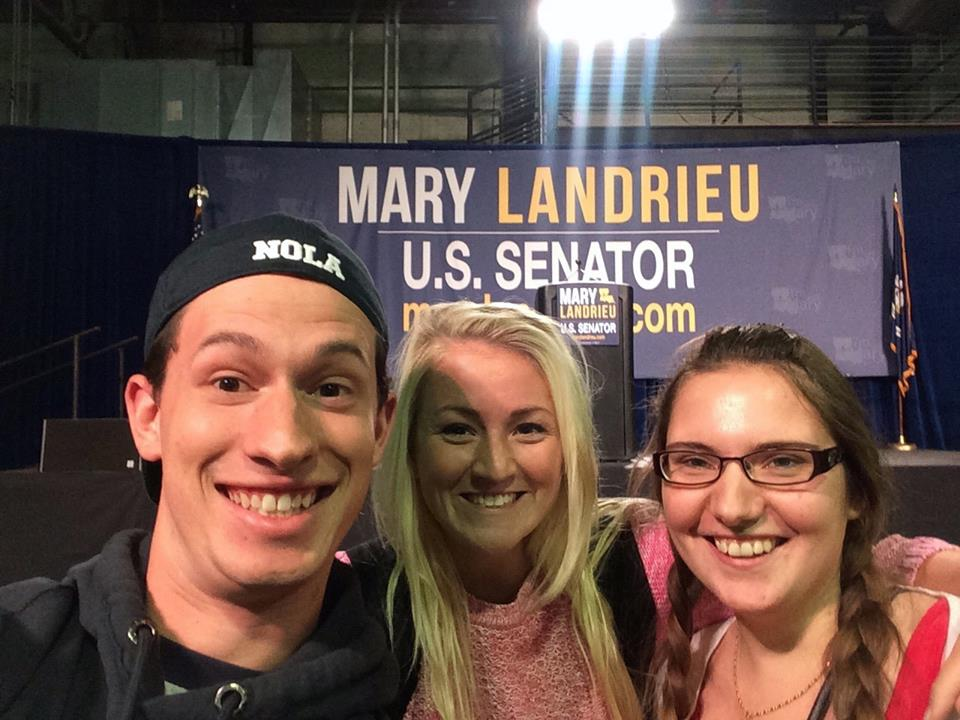