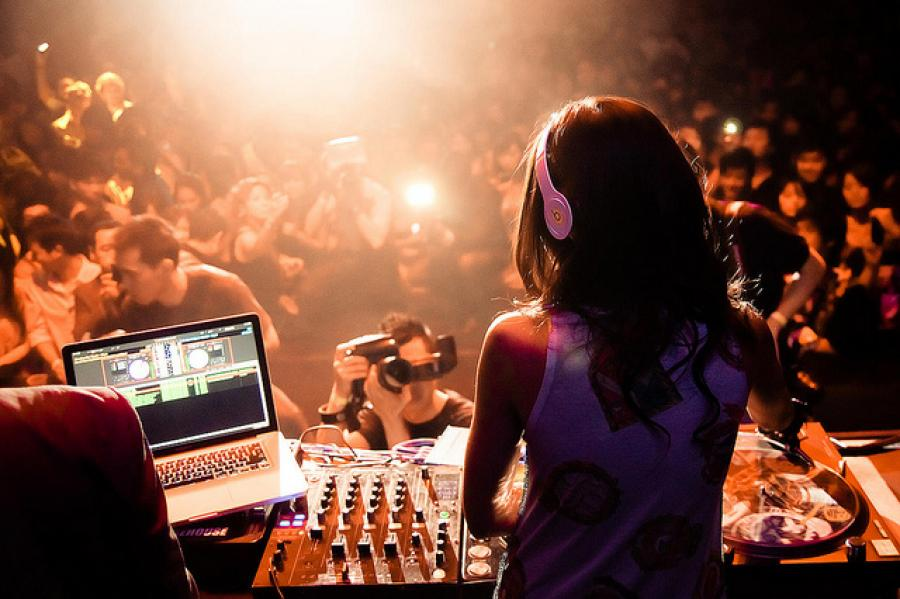 This article was written by Katarina Bickley, published on 5th May 2015 and has been read 8950 times.

Katarina Bickley studies French at the University of Birmingham and is spending her year abroad in Paris, working for the website Showroom Privé. This is her account of the differences between nights out in Paris, and those back home!

When we hear people speak about Brits abroad, it’s not often a moment where we feel proud to be British. Amongst other (usually unfortunate) things, we appear to be renowned for our animal-like party behaviour and inability to control our drink, and when it comes to a night out in Paris, we’re the only ones with our legs out.

I’ve had some great nights out during my year abroad, but I’ve certainly been shocked by the differences between a night out on Broad Street in Birmingham and a fancy club on the Champs- Élysées.

Fear not, though, for Parisian nights out are still as glitzy and glamorous as you hope them to be, featuring chic LBDs, fire dancers and free hats (Les Planches – check it out). However, after being asked 'As-tu oublié ton pantalon?' when I wore shorts to a club in week 1, I think it’s important that I warn you of the differences between a midweek uni night out and a Friday night in the French capital…

1. Your outfit
Potentially the most important factor and thing to take away from this list… When it comes to dressing for a night out in Paris, less is definitely more, so the key is to not show too much skin. Be prepared to be stared at from metres away if you dare to flash those pins and don’t even get me started on going on the metro… Just, don’t do it. The Parisians are renowned for their chic attire, and if you want to fit in, then you’re going to have to keep it classy. Paris is the fashion capital of the world, after all.

2. Pre-drinks
French pre-drinks are like the French: everyone talks to everyone. And if you want to bring a friend, the more the merrier. Despite the lack of Ring of Fire, the French do know how to throw a good house party. The bisous is mandatory, but once you’ve passed that awkward, so-not-British social barrier, you’ll feel right at home. But, do be warned: in France, everyone puts their bottles on the table, as in it’s a 'sharing is caring' situation. So don’t turn up to a French pre-drinks/house party with a bottle of your most prized vodka (unless you’re feeling super generous).

3. Getting in
Parisian bouncers can be very picky, so don’t act like a drunken English tourist, and make sure you look the part. And whilst the French gender rules are favourable towards men, when it comes to getting into clubs it’s usually free entry for girls and €20 for boys. Oh, and you’ll need to make sure to split into smaller groups and make sure that each of those groups has at least one female… Ah, sexual politics.

4. Ladylike behaviour…
Previously hinted on, but deserves its own section. Ok, so I’m definitely not generalising when I say that the French just aren’t party animals like we are. They’re not about letting loose on the dance floor; for them a night out is usually a far more sophisticated affair. My friend and I were actually once asked by a bouncer to leave the dance floor in a very snooty club, for our completely-normal-in-England dancing (or as we said, because we were just too fun for them and they couldn’t handle it…).

5. Post-night out nosh
Sometimes (sadly enough) the highlight of the night. Greasy chips, deep-fried chicken - you name it, the UK's got it. (Very) unfortunately, this top-quality cuisine does not bode well with the French gourmandise, and just, well, doesn’t exist. Imagine the devastation at coming home from your first ever Paris night out to find that there were no food places still open - it’s crushing.

I sincerely hope that this list hasn’t put you off a night out in Paris forever and now the very prospect of it just seems way too overwhelming and utterly unbearable… Just think, now that you’re aware of these unspoken rules, you’re already one step ahead of all the short-skirt-wearing, expensive-alcohol-bringing, let’s-go-crazy-dancers.

How do you adjust back to life in the UK?

You are obviously having a hard time but what you are going through is not uncommon. In fact it's fairly normal, which doesn't, of course, make it any easier to negotiate. The natural tendency is to...