A Language Assistant's guide to living in a small French town 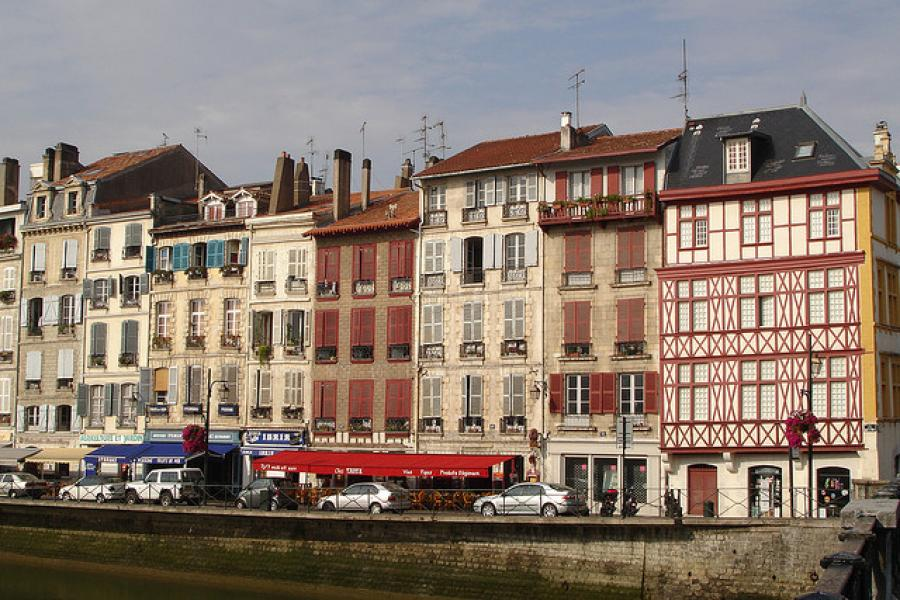 This article was written by Rose Labdon, published on 9th October 2014 and has been read 6430 times.

France French Language Assistant Culture Shock Warwick Uni Chambery
Rose Labdon studies English and French at the University of Warwick and has been posted to Chambéry as an assistant in a lycée. In this article, she gives her advice on how to make the most of small-town life on your year abroad. If you'd like to know more about Rose's French experience, follow her on twitter!

One of a language assistant’s biggest worries before jetting off for seven or so months to France is being placed in a really rural village; be it provençal, alpine, breton or slap bang in the middle of the Massif Central with limited access to public transport, let alone human contact. And even then ‘human contact’ may be defined as rough old men sipping pastis on plastic chairs outside the village’s only bar. I joke.

However, it’s worth mentioning that you only get a choice in your destination to some extent. You choose the académie in which you wish to be placed, but you are not guaranteed either first choice of académie or a rural or city location. Exciting, I know. “It’ll be a nice surprise,” they said; “you’ll get a lot more out it in the countryside than in Paris,” they said; “you can always commute,” they said; “think how fluent you’ll be,” they said. But the year abroad is what you make of it, whatever situation you’re in.

France is an incredibly diverse country, in terms of culture and landscape, so it is likely that you could be placed in somewhere other than Montmartre, the French Riviera or nestled between the mountains in central Grenoble (a place I had naïvely set my hopes on). Dommage. However, there are also plenty of stunning, slightly less known rural towns in the académies, so feel privileged to be able to experience the real France! I’ve been here only two weeks and it struck me on the third day how lucky I am to be in such a beautiful part of the world for seven months. I was certainly more apprehensive a month ago, spending hours frantically researching its transport links, local nightlife and the student population prior to departure.

So consider this article an informal, and by no means definitive, guide to life as a language assistant in a small French town.

It goes without saying that your first week is going to be manic, but also very exciting! Expect some nerves and sweaty handshakes, a lot of smiles and nods, a fair amount of paperwork, some definite marvelling at your pretty rusty conversational French and a distinct lack of sleep. Because it’ll take at least a few nights laying in bed to realise wow, I’m living in a foreign country for seven months, is this even real? Also expect to have lots of impromptu coffees with assistants in your area and with teachers at your school. Up to three a day, especially if you’re in a town in which you see people you recognise all the time (and also if you live relatively close to the school like I do). It’s a very French take on your first week at university; everyone is in the same position and eager to make friends. You will probably all be from very different backgrounds and far corners of the globe but that’s what makes your year abroad so incredibly exciting. You never know what, or who, the next day is going to bring.

One of the most valuable pieces of advice I got from the pre-departure meetings at my university was ‘say yes to anything’. Obviously that doesn’t mean saying yes to jacking in your assistantship to become a trapeze artist or anything, but it does mean accept any offers to go travelling. Or in my case, without a doubt say yes to personal ski lessons from another assistant, hiking and paragliding trips. Most definitely agree to spontaneous visits to see your uni friends (because what else is there to spend your Erasmus grant on?)

Voilà, tip number one: make the absolute most of your weekends and fairly empty timetable! 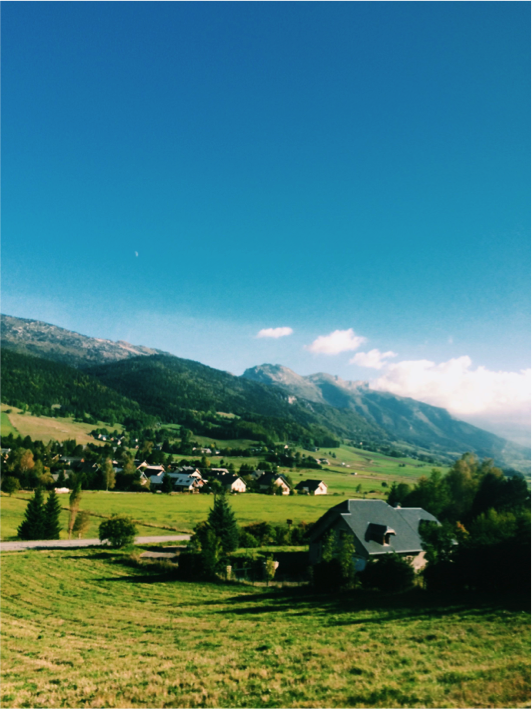 The stunning scenery of the French alps 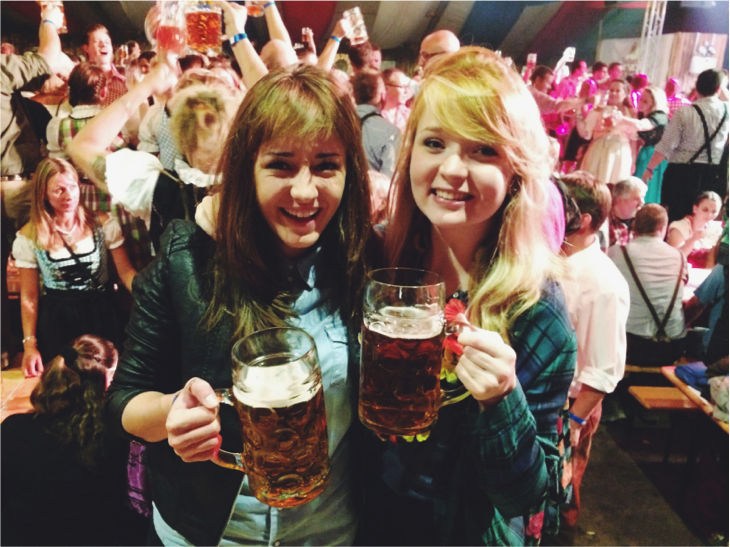 My first weekend away, to Oktoberfest in Konstanz! Taking advantage of my carte jeune for cheap train tickets.

I spent about a month researching the type of accommodation I wanted, be that colocation, chez l’habitant (homestay) or my own studio, and I decided on a flat-share. Firstly because I was sure I wanted to live with French students or jeunes actifs to maximise my exposure to the language. Also, I’d spent five weeks in the summer au pairing and although I really loved the homestay-style atmosphere, I did miss hanging out with people my own age. So I used several websites — I didn’t subscribe to any, although some people do in order to gain full access to property searches — including LeBoncoin, Appartager, ChambreAlouer and several local websites that my mentor recommended to me. However, contrary to the general perception of LeBoncoin as being slightly dodgy, it turned out to be the website where I found my current colocation. New adverts went up every day and although some certainly looked dodgy — usually the ones with no photos and very little, if no, description — the majority were promising. So I had several lined up in mind and when I arrived I made several phone calls — nerve-wracking I know! The first apartment I visited turned out to be the one; in the heart of town, sharing with two other French people, modern furnishings and reasonably priced.

So, tip number three: make as many phone calls as you can when you arrive and be very polite! I found that emails were largely ignored but if you made the effort to call the landlords directly, they were very friendly.

This brings me nicely onto my fourth tip: try and flat share with French people!

I live with two French students, neither of whom speak English (only a little bit) and it’s brilliant for my language skills. I’ve already learnt so much; not the formal style of French that’s pretty useless in everyday social situations, but the French that young people speak. It’s all well and good knowing the endings of every irregular verb off by heart but what if you can’t hold a conversation about music, gossip or the renowned ghost town of the Savoie region (don’t ask)?

Another valuable thing I did beforehand was join the various Facebook groups for assistants in my area. This is probably a pretty obvious tip number five but it really is nice to be able to speak to people before you leave; it’s good to know that everyone else is equally as scared/excited/pulling their hair out about the stacks of forms we have to fill in. The groups are also great for when you all arrive but can’t keep in contact with anyone until you have a French phone sorted. Our group arranges to meet up nearly everyday either for a coffee or to go to a bar!

I’m into my third week abroad now and it honestly feels like i’ve been here for months. I’ve sorted out a fair amount of the boring admin I’ve had piling up; I’ve met all the assistants and already planned weekends away; I’ve been out for drinks with my colleagues and visited my classes at school; I’ve come to terms with the fact that I will not be able to resist the daily temptation of visiting the boulangerie; and I even squeezed in a trip to Germany before my timetable properly starts! Phew.

So above all, don’t sweat over your placement; whatever happens you’ll still be able to drink wine, eat copious amounts of cheese and fresh bread and earn money by speaking your own language. 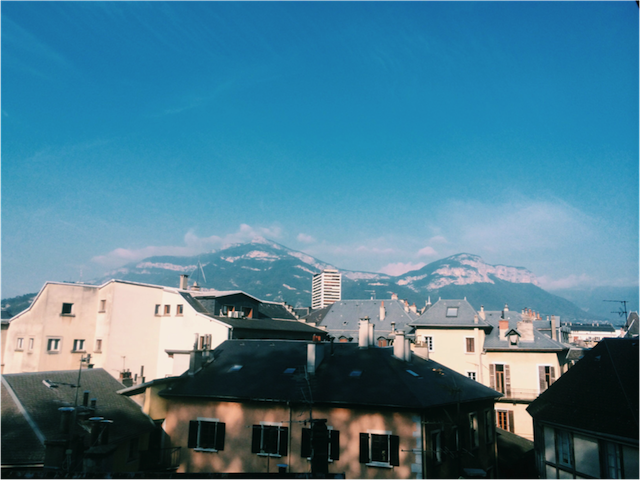 My wonderful town - mountains in every direction!