A dummy’s guide to your Year Abroad 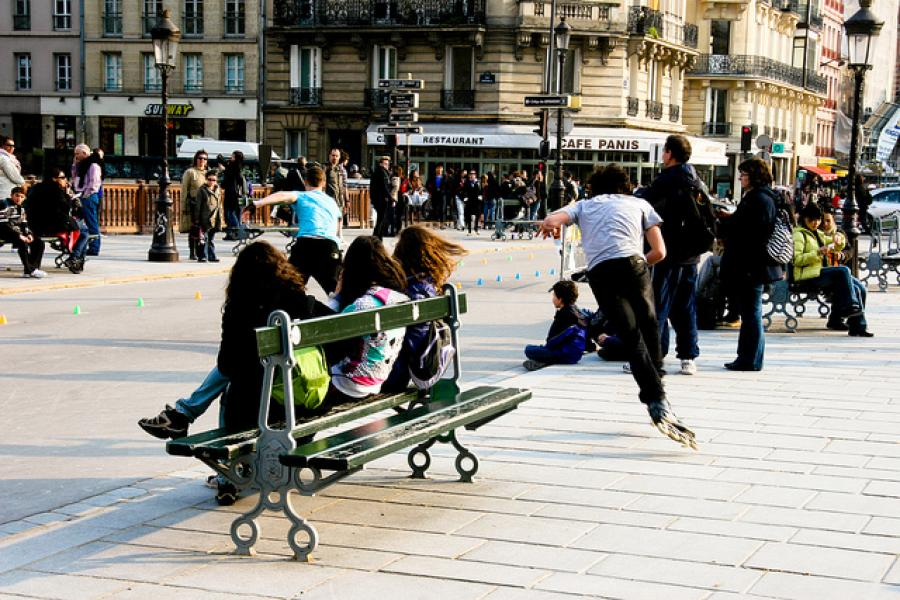 Advice
It has come to my attention that as I am finishing my Year Abroad, many of you will be embarking upon yours. Be prepared for a crazy year, full of incredibly good times, new friends and amazing experiences. However it will also be one of the most challenging years you’ve ever had. So I’ve decided to put together a little dummy’s guide, with helpful tips on the things I found the most difficult during my work placement in Paris and Erasmus semester in Rome.

Accommodation
Finding a flat is hard. Finding a flat when you don’t speak the language fluently is even harder. Be prepared for a struggle when it comes to sorting out accommodation. Once you’ve found out where you’re going to be and for how long, start asking around. The earlier you sort it out, the better you will feel. For both my semesters I visited the cities before moving there and spent a fair few days apartment-hunting. You see some right states as well as a lot of flats you can’t afford. But everything will be OK in the end. If you’re doing an Erasmus, check out your university for posters and signs advertising flats and rooms available. If you’re going to Paris, the website FUSAC.fr is your best bet. Be selective, but accept you might be paying more than you would in Bath.

Nights out
I’m going to sound like your mum here, but here goes. Be careful! Remember that the nightlife culture abroad is very different to the British way of going on and you don’t want to find this out the hard way! Watch out for sleezy men (hell of a lot of them outside of the UK!), make sure you don’t go home alone and try not to drink too much (being ill so far away from home is not advisable!) Apart from that, have fun! Nights out are often the best place to practise speaking the language and making friends. Just be streetwise.

Language barriers
No matter what level you are. No matter how many times you’ve been on holiday there. Living in another country is going to be tough. But once you get used to it, you’ll probably find your language fluency improving rapidly as you make friends and adjust to the culture and language differences. My tip is similar to Jim Carey in Yes Man… don’t refuse an opportunity. In my first week in Paris I was asked to go rollerblading across the city. It was scary and difficult but really a really good laugh, I spoke a lot of French and made some close friends. So get stuck in!

Foreign universities
Erasmus can be a confusing experience. Some European universities aren’t quite as organised as Bath and you’ll realise how much you take our educational system for granted. But don’t be scared just try and stay as organised as possible and stay on top of work. I had the impression that uni abroad would be a joke, but I’ve actually had to work pretty hard. It’s done wonders for my Italian though! Oh, and rule number one? Before you go, watch the film ‘L’Auberge Espagnol’ to get into the Erasmus vibe!

Public transport
Finally, you might find yourself having to take a lot of public transport abroad; especially if you’re going to a big city. Try and get orientated straight away, sort out a monthly pass as it will work out cheaper and some cities do student discounts on transport. Buses can often be a better option than the metro and a more enjoyable experience (in my opinion!) and don’t forget it might be a cheaper and healthier option to get a bike.

Well there you go, my top tips from my Year Abroad. Good luck MLES students!