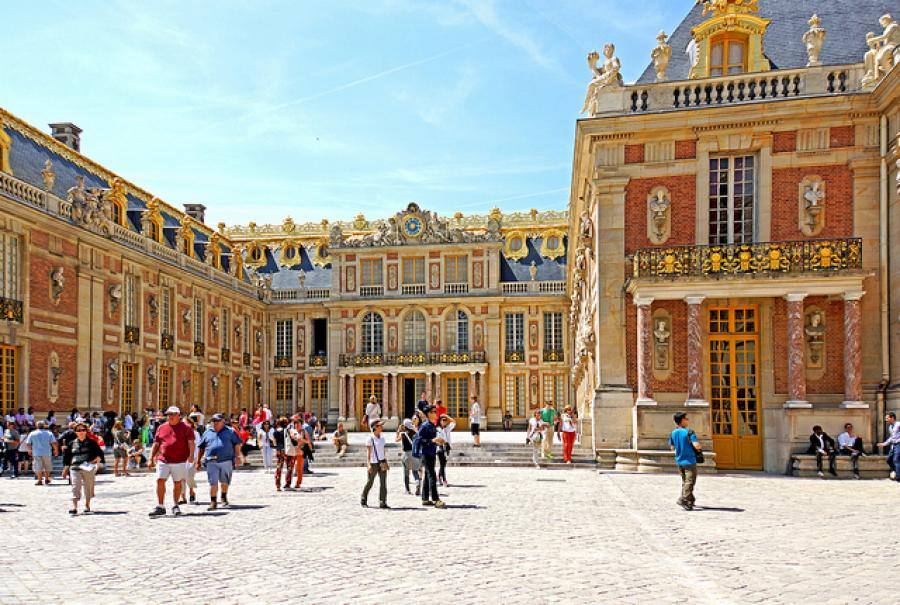 This article was written by Emma Young, published on 30th January 2015 and has been read 20924 times.

Emma Young studies French and Events Management at Leeds Beckett University. She is currently spending her year abroad in France, working as a Language Assistant with the British Council. Living only ten minutes from the Chateau de Versailles, she is well qualified to tell us what it's like to live in a tourist hotspot!

Thanks to living on the outskirts of Manchester for most of my life, moving to Versailles for my year abroad fiercely emphasised some unadulterated differences in my new location. And I use the word ‘differences’, by no means, in a pejorative sense.

In my hometown of Heywood, the closest ‘tourist attractions’ reside about an hour away, by car, in the form of a football stadium of your choice (I’m Manchester city if you were curious).

However, after moving into my new home and ‘google-mapping’ my surrounding area, it interested me to know that the Chateau de Versailles was an astoundingly mere 10 minute walk away.

After living in Versailles for several months now, I can list, with confidence, certain satisfying perks which come with living in a place where a world renowned tourist attraction is in such close proximity. 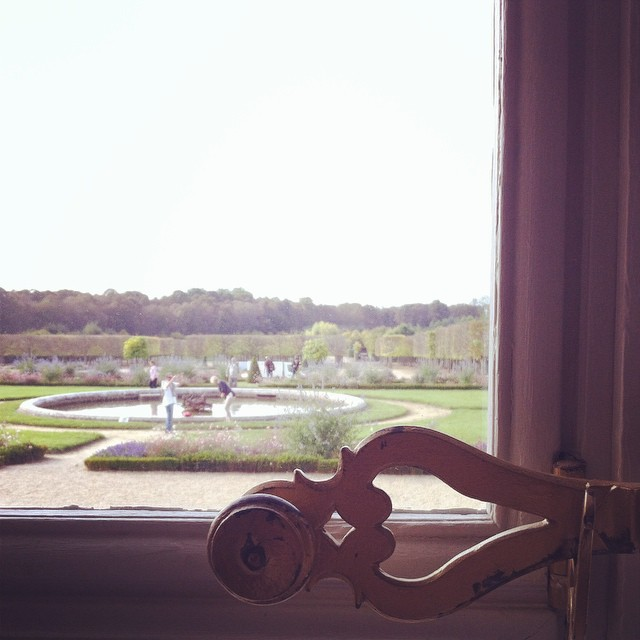 Versailles itself is indisputably picturesque but it doesn’t hurt to have 721,206 square feet of regal Palace and 230 acres of majestic gardens to feast your eyes upon. An added (personal) extra is that I can behold this masterpiece from my own bedroom window - waking up and catching a glimpse of a historical masterpiece every day is so surreal and truly humbling.

2. Transport
Since tourists come, literally, by the trainload, it’s a benefit to have the sufficient amount of transport to cater for them and then some! Three train stations, and numerous buses offer an abundance of destinations for those visiting Versailles – all the while accommodating its inhabitants too!

3. Local knowledge
One perk of staying an extended amount of time in a place where others go just for a night or two is that, after seeing its main attraction, you can explore further and see places that may get overlooked by seasonal tourists. Who knew that a world famous Palace also shares its patch of earth with a not-so-world-famous pool bar, and excellent indie cinema. 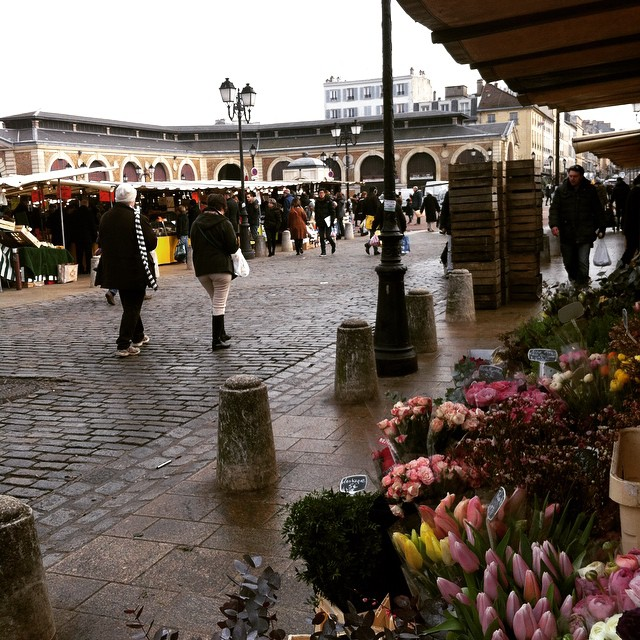 In stark contrast to my preceding point, the aspects of these towns that make them so ‘tourist worthy’ become aspects of everyday life for its residents. Here, I draw on the Versailles markets as a perfect example. 4 times a week (especially the 2 days over the weekend) tourists flock to this vibrant and brilliantly bustling ‘Place du Marché’ to buy fresh and local produce from friendly, authentic vendors. Whereas visitors have this as a one off experience; it can be a staple part of my weekly regime. 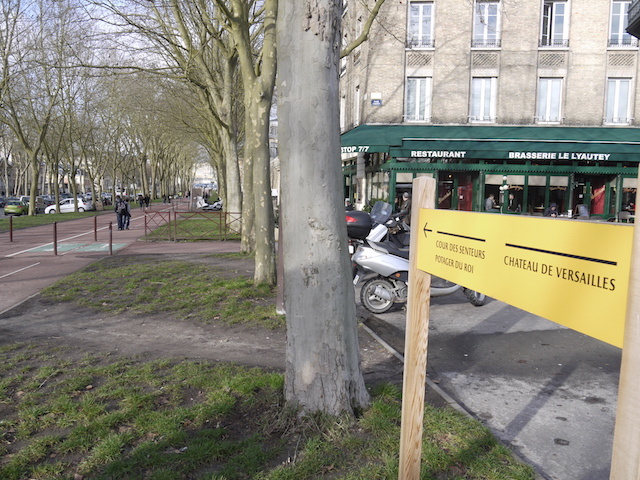 Although in point 3 I may have insinuated a segregation from tourists, I actually do try to make it my duty to help the ones in need (even if their need is simply directions to ‘La Gare’). Many a weekend has passed where I’ve seen struggling tourists simultaneously operating ‘mapping’ and ‘translating’ apps in a desperate effort to find a street with an unpronounceable name. The signs are relatively recognisable and I always help because I like to think, if the tables were turned, someone would return the favour. (I also do it for the small amount of self-satisfaction I gain from being the good guy. Some heroes wear capes and fight crime – others open their SNCF app and strive to have every tourist make their train on time.)

6. Worldwide home comforts
Since the masses descend on these types of towns, each one usually has to have recognisable establishments which appeal to said masses. And when I say ‘recognisable establishments’ I mean, of course, the obligatory Starbucks and McDonalds. These were especially useful when I first arrived. It took a long time for me to get internet, so I was happy to know that a reliable place to scrounge free wifi was on my doorstep – under two golden arches. Also, at the beginning when I needed a place to retreat to on days where I didn’t feel particularly confident in my language skills, I would venture to Starbucks where the menu is essentially identical in all languages. (Apparently "I'll have a grande, skinny, half-caf, caramel macchiato, please" is less intimidating to say than "un café s’il vous plaît".)

7. English speakers
To ease you into the, already, intimidating task of living abroad, alone, for a year; a tourist town – since it will, presumably, attract speakers of the worlds’ most common language - will offer you the option of sometimes being able to speak your native tongue if you so choose (assuming that it is English). I wouldn’t recommend this indefinitely, but just for those days when your skills in your target language are sub-standard. I know I took advantage of this to complete tasks I didn’t trust myself to do in a second language, such as discussing certain specifics of my bank account - I chose to speak to the bank clerk who was accommodatingly fluent in English. Although this is highly practical and beneficial it is, by no means, the same as my subsequent point...

8. Friendly voices
Since tourists attractions are known worldwide, it’s a worldwide variety of people that come to see them and you never know who’ll turn up in that mix. After spending days speaking/listening incessantly in a second language, (excluding the occasional Skype call), being able to go into town and hearing genuine English in its unmodified accent has become a bit of a godsend - especially if you find someone who’s close to home. Being partial to a bit of Northern slang, when I once heard the Château being described as a ‘belter’ no words that could have expressed the pride and nostalgia that I felt for my homeland. These little surprises come out of nowhere and they’re always a pleasure to hear.

9. One for the grandkids 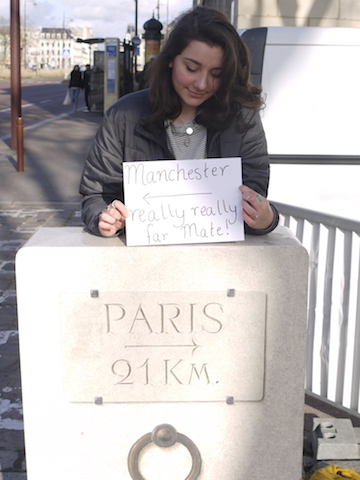 Whether it’s breathtaking scenery, prestigious monuments, renowned events or a celebrated reputation, people are drawn to these types of places for one reason or another. With that comes a certain amount of notoriety, recognition and fame and, to say you’ve lived there not only consents a healthy amount of bragging rights, but it can impress and inspire people in ways you cannot imagine - for years to come. I know that when I tell people about it, I’m filled with genuine pride and a sense of accomplishment too. And as I sit here in my own personal Château (a 9-metre squared room that I can call my own) I know my experience wouldn’t have been the same if I were anywhere else.