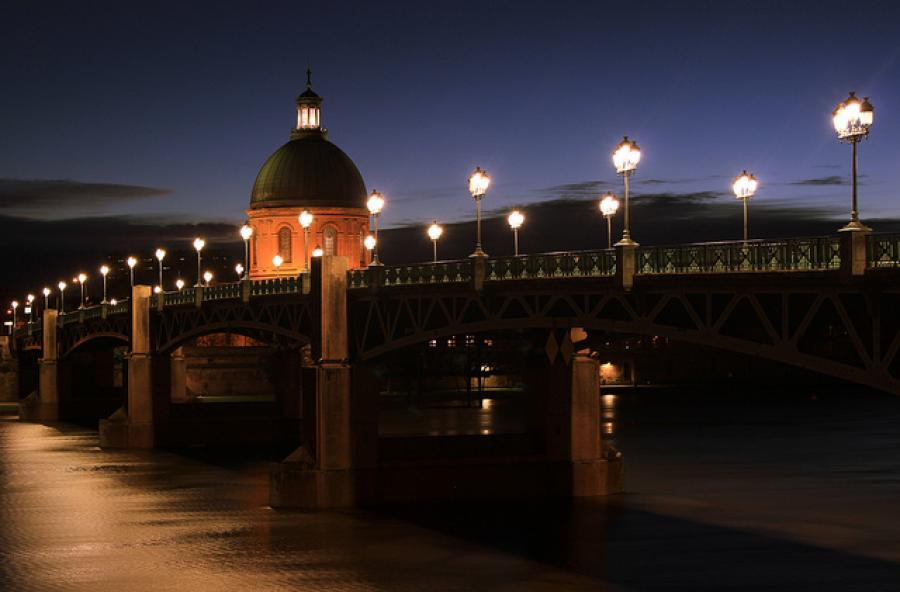 This article was written by Craig Debrah, published on 1st December 2014 and has been read 7938 times.

France Living and working in France Toulouse French Study Abroad Law
City University London student Craig Debrah is spending his year abroad studying Law at Université Toulouse 1 Capitole in Toulouse, France. This is his list of the 7 things he wished that he'd known before he left for Gallic shores! For more on Craig's time abroad, check out his blog or follow him on Twitter.

I’ve compiled a list of 7 things I wish I’d known before I started my year abroad here in Toulouse, France. Some good, some bad, some in that grey area that you just can’t decide. So I leave it to you…

Now I know you’ve heard about the French bureaucratic system being as long as anything you can ever imagine, but you really cannot prepare yourself for what’s in store for you. 3 weeks to open a bank account? 3 weeks to get a phone sim card? Spending over 15 minutes at the checkouts at Carrefour before finally reaching the cashier? Basically, when in France, whenever you’re given a time frame by anyone in an official position, double it, double it again and then still expect it to happen a week later than that.

2. Lack of Interaction with French People

This is something I personally have encountered, anyway - it probably differs with other people. But man, I have made so few French friends over here. Perhaps this is my fault, or perhaps it isn’t (it isn’t). When French people hear me speaking English to someone, or even detect the slightest twang of Englishness in my accent whilst speaking French, BOOM, that’s it, door closed, au revoir. I mean I do have a handful of French friends here who are pretty cool, but for example my neighbours…. Oh boy. The odd “ca va?” said in such nonchalance as if to say “Listen, we all know I don’t give a damn about comment ca va, let’s just get this social construction out of the way so its not awkward and I can get on with my day to day life, d’accord?”

Truth be told, there’s probably a middle ground between whether its my fault or the French people’s fault. On the one hand, I do spend a lot of my time with other Erasmus students (which you are specifically warned not to do), but on the other hand my forehead doesn’t have a sign on it saying “French people, get lost”. With this being said, I don’t necessarily practice as much French with natives; however, with some of my Erasmus buddies, we exclusively speak French which is kind of useful….

You thought I was going to go on an endless rant bordering on defamation of the French didn’t you? Think again! Caisse D’Allocations Familiales. For some strange and inexplicable reason, the French government grant financial aid in the form of housing aid for all students, including foreign ones! All you have to do is show that you have not much financial firepower, send off your copy of your:

... and then sit and wait. And Wait. Anxiously. As I said about French Bureaucracy, things don’t ever move quickly here. What’s that? You’re running out of money? TOUGH. French Bureaucracy speeds up for no man. On a serious note, its really useful, and as far as I’m aware you can get up to almost €150 a month.

If there’s one thing I love about Toulouse, it’s the cheap transport. Now don’t ask me why, don’t ask me how, heck don’t even ask me anything, JUST READ THIS.

€10 per month, travel by train, bus, tram as much as you want. €10. In London I don’t even want to begin to imagine what that would cost. In addition, pay €20, and you can use the Velib (a type of bike for hire thing) as much as you want for the whole year. As long as your ride stays under 30 mins, you won’t be charged anything extra. If you plan to ride somewhere far, just park the bike, and take another one at one of the many stops all over the centre of Toulouse! They have loads, and there’s even an app to show you where the nearest stations are, how many bikes are available etc etc. There’s also a shuttle to the airport whenever you’re flying in and out of the city and that costs a mere €5.50.

This is only in the law department at my uni, but yes. All my exams are going to be oral. Now previously in life, it has only been in languages that I’ve had oral exams. So it’s a bit of a shock to the system for me to have oral exams for a subject other than a language. Still, I can see the pros and cons of it. With an oral, there’s only so long one can talk for, under any circumstance. The exam will probably be between 10-20 minutes. Added to that, with having the examiner there face to face, his/her body language or facial expressions will give you hints and clues as to whether you’re hitting the nail on the head with your answer, or if you’re just talking trash. Plus, with an oral they can’t switch up the questions THAT much, with respect to your fellow exam candidates. So people can converse and tell each other what the questions were, who was asked what etc etc. Incredibly useful.

Cons include being forced to wear a suit (don’t ask) just for an exam. I had to go walking round the whole of Toulouse looking to buy an affordable yet, durable suit. Needless to say I was not amused. In addition to this, some people just simply are not built to be put under the spotlight and asked to speak at length about a topic. I am though. If the Queen was feeling ill on Christmas Day, I’d happily step in and give her speech for her. I’m well-resourced in the arts of oratory garbage and am eternally eager to display these assets of mine. Others may not be, as such.

The Erasmus Society/Network/whatever they call it at your uni is a wonderful thing. I will not entertain any other train of thought at all. Whether it’s organising weekend away trips, hosting different parties and soirees, or just generally being there for you, The Erasmus Society does its job WELL. You will have a constant stream of trips on offer to go and have a great time in loads of different places. The Erasmus society will host Erasmus exclusive, and also non-exclusive parties in order for you to mingle with other Year Abroad people. Yes, I said mingle! People dream of meeting their future spouse on their year abroad! What? No? Just me? Alright then, well when I’m riding off into the sunset with my Erasmus princess, and at the wedding you’re trying to catch the bouquet in the background, don’t say “you’re so lucky I wish I could find happiness like this” BECAUSE YOU COULD HAVE. BUT YOU CHOSE TO PASS IT UP….

So yeah, I mean since going to a foreign country to live and study is such a daunting task, grouping together isn’t such a bad thing. You can share any worries, needs or issues in the Facebook group, and 9 times out of 10 there will be someone there to help you out.

7. Your Language level probably isn’t as good as you think.

Hey you. Yes you. You’re probably thinking you’re the dog’s bollocks at whatever language you’re learning. If you’ve stayed in an atmosphere for a prolonged period of time speaking that target language, then fair enough you are quite possibly, the dog’s bollocks. But if all of your knowledge comes from the classroom , read my lips: FORGET ABOUT IT. YOU ARE NOT THE DOG’S BOLLOCKS.

I’ve had this discussion many times, so I know stuff, and listen here. When you only learn a language in the classroom there is a glass ceiling that simply cannot be broken, no matter how many lessons you have. There are just some things you can only learn whilst in the country that speaks that language. I came to France thinking I was fully fluent; I mean, I’d done the Dalf C1 the year before. I thought I was prepared, and then... Speaking to the locals. With their heavy southern accent. And speaking as if they have a train to catch. I was lost for a while, but slowly, maybe after a month or two, I found my feet. Give it time, be patient, don’t be afraid to speak and make mistakes and it will come in no time at all. Until then, you ain’t shit. Adopt that mentality.

There you have it. The 7 things I wish I’d known before I started my Erasmus Year Abroad in France. I do hope this will serve you well when preparing to begin yours. I’m now off to get a pain au chocolat. Be jealous. If you have any questions, feel free to ask me them on my own original blog.