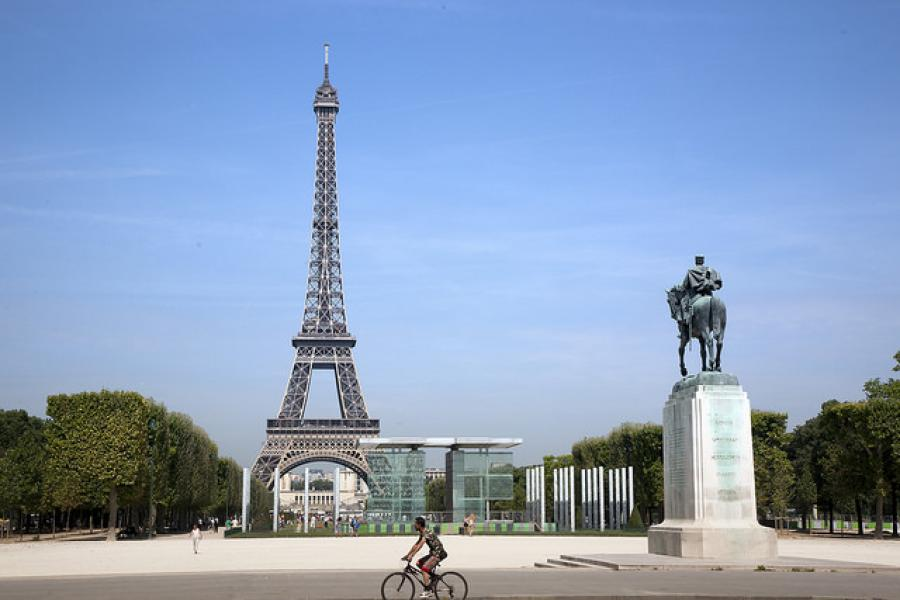 This article was written by Zoe Taylor from The University of Surrey, published on 23rd March 2015 and has been read 6765 times.

Zoe Taylor is studying BSc Business Management and French at the University of Surrey and is currently based in Toulouse, France where she is working as a Global Sourcing Intern at Airbus Group. Ever wondered what life in France is really like? Here are 50 insights Zoe has picked up during her time abroad! To hear more about the French life, have a look at her blog orfollow her on Twitter.

This post was inspired by the hilarious ‘What I Know About Germans’ by Liv Hambrett, and by no means is written to offend or stereotype, it is more just a few things I’ve noticed about the wonderful French way of life while spending the last 8 months living in Toulouse :)

2. The French love scarves. Both men and women wear them in all sorts of patterns and fabrics and at all times of the year, inside and outside.

3. In a similar vein French ladies in particular seem to have a love of layering, and when you think that a pretty top was designed to be worn by itself, chances are French ladies will manage to fit a turtleneck underneath them.

4. They are always cold. (Could explain the above!).

5. Lunch time is taken extremely seriously and any attempt to take salad in front of your computer will be met with a palpable anger. It is a criminal offence to take anything less than an hour and a half and to enjoy three hearty courses.

6. The French are fiercely opposed to the idea of British food being good.

7. There is not a single human sentiment that you can not express starting with ‘Bon’. My favourites are ‘Bonne continuation‘ (all the best) and ‘Bonne séance‘ (Have a good work out).

8. Being punctual is so far down on their list of priorities that you wonder why they bother making appointments at all rather than just hoping they’ll pass you somewhere, someday…

9. French ladies outfits are extremely colour coordinated; their cardigans will always match their shoes and their earrings and their nail polish.

10. They don’t like to be rushed and are happiest strolling along at around the pace of a snail.

11. If you stand next to someone in the supermarket for more than a couple of seconds you are obliged to say bonjour to them.

12. This is also important when you are on the bus, where if you don’t follow suit with the chorus of ‘merci au revoir!‘s to the driver, your conscience will be under torment for the remainder of your week.

13. You also must cheek kiss everyone twice, no matter who they are or what your relationship with this person is...

14. ...to the point where if a new person enters the room at a party you must stop completely what you’re doing, while you awkwardly wait for the person to kiss the other 20 people in the room until they get to you.

15. They are extremely proud of their spot as the world leader of gastronomy and embrace this with every meal they cook.

16. Which may be why they simply do not understand the concept of eating vegetables boiled and ‘as they come’. I have not once eaten a vegetable in France that wasn’t sautéed and herbed and diced into chunks and drizzled with oil and love.

17. French people are very quick to go to the doctor when they are ill.

18. They raise their eyebrows a lot in conversation no matter what they’re talking about.

19. Bread is such an important part of their life that it is free in the work canteen and pretty much any restaurant you visit.

20. French people are only too glad to join in a good motivational shout in the group gym classes and do so with a vehement enthusiasm, usually in the form of ‘ALLEEEEEZ!!!’.

21. I can only think that this is because they live and breathe solidarité; either they go through difficult times together or not at all, be this in the gym, at work or as a nation.

22. They are thus - needless to say - breathtakingly patriotic.

23. Hot chocolate is an entirely normal part of a French breakfast.

24. They seem to have a fierce aversion to examining documents on their computer screen alone, and so no matter how long the document will print it three times, A3 and in colour for their viewing pleasure.

25. It is physically impossible for them to make an English ‘h‘ sound. Some might even say it is… ‘ard… (I couldn’t resist).

26. French men like to tell you how beautiful you are. On the street and not entirely discreetly.

28. Compote de pomme is treated as if it is its own food group.

29. Contrary to celebrity of the French kiss, their favourite thing to do with their mouth is to make raspberry sounds, usually to display despair or disgust.

30. In general they have a vast set of noises and facial expressions designed to help say as little number of words as possible.

31. And when they do talk, they use a mumbling technique which in a similar vein is designed to move their mouth as little as possible, but also to confuse non-native French speakers.

33. If there is any reason to have a protest, the French will take it with both hands and so it is not unusual to have doctors, farmers and airlines on strike at any one time.

34. The French age with such a dignified grace that it is hard to believe that there is a booming market from making people want to look younger. Older French women carry themselves with the same class and elegance as someone half their age…

35. … and in fact all most French women seem to be refreshingly body-confident.

36. For a country renowned for their love of coffee, they drink a vast amount of herbal tea.

37. However you absolutely can not have a lunch and not follow it up with a coffee.

38. The stereotype of a pretty French lady on a vintage bike with a baguette slung in a canvas bag over her shoulder is completely real.

39. Sushi shops are everywhere and extremely popular with the French.

40. French supermarket queues last a minimum of 45 minutes because most of the tills are empty and the cashiers lack the ability to talk and work at the same time - unfortunately the latter of the two has to be sacrificed in such occasions.

41. Cashiers also like to know before you’ve started packing how many plastic bags you require, in such a severe way that you feel like you are signing some sort of plastic bag contract.

42. Young people seem to have a healthy relationship with alcohol...

43. ...even though all French are extremely serious about wine, and can easily (at WHATEVER AGE) recite the good years for each region flawlessly.

44. They have a similar knowledge and attitude towards cheese.

46. Collectively, the French are big on organic products, and even tiny city centre supermarkets will have a section dedicated to biofoods.

48. French people are fully accepting of wearing jumpers and jeans to a club, and never seem to get hot.

49. When emailing, French frequently insert a ‘…‘ at the end of their message to convey that they don’t agree with you, although they never mean it in a passive-aggressive way. Not at all…

50. Any opportunity to drink champagne is encouraged and whole heartedly embraced.

Video: my French after 3 and 6 months abroad.