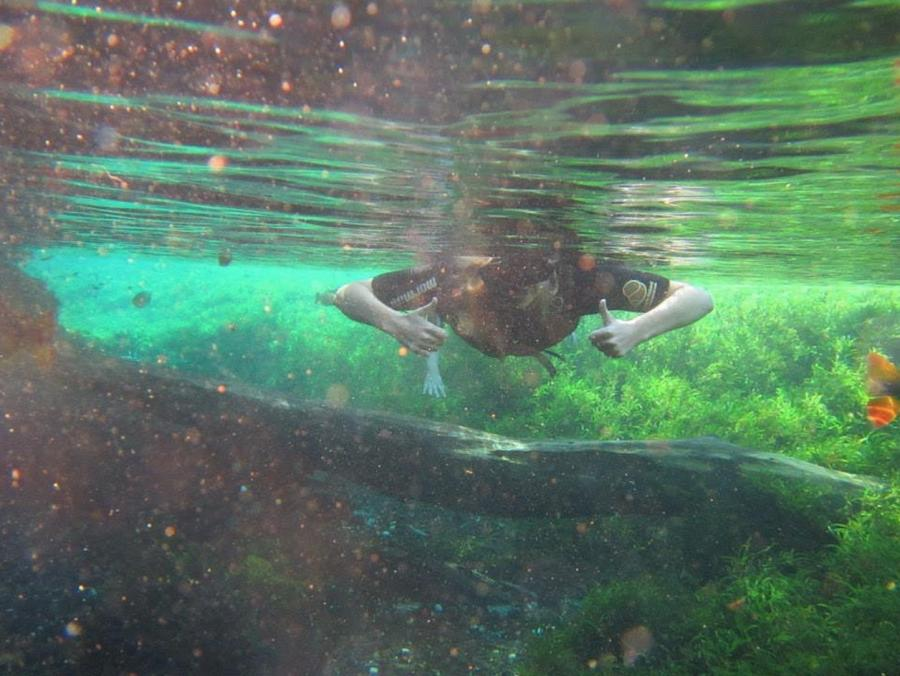 This article was written by Katie Uniacke, published on 7th September 2015 and has been read 4815 times.

Katie is a BA Spanish and Portuguese student at the University of Southampton, going into her final year. She spent 9 months of her year abroad on an AIESEC Brazil Internship as a Tubing Monitor in ecotourism hotspot Bonito, exploring the area and working on her blog in her free time. She rounded things off with three months travelling through Brazil, Bolivia, Peru, Chile, Argentina and Uruguay. In this piece, she tells us about her fantastic experience working abroad!

I chose to take up Portuguese on a bit of a whim before starting my degree at the University of Southampton, without realising just how similar these two languages are and how hard my brain was going to have to work to keep them in their boxes.

Having (more or less) successfully kept them apart for my first two years at uni, I was offered an AIESEC work placement in ecotourism in Bonito, Brazil. Bonito is heaven - think caves, waterfalls and crystal clear rivers filled with fish the size of your arm. In my job as a tubing monitor I dealt with almost exclusively Brazilian tourists but my fellow interns, with whom I lived and worked, were all native Spanish speakers.

Sounds great right? Being surrounded by both my languages every day for 9 months? Practically handing it to me on a plate! Well it wasn’t that easy but I learnt a lot! Here are my top tips for keeping both of your languages strong and separate whilst abroad.

You may be splitting your year abroad between your two languages, or you may be dedicating the year to just one, but my top tip is to focus on the language in hand and stick to it.

I started refusing to speak Spanish after I realised I was actively getting worse at Portuguese, and encouraged my Spanish-speaking friends to make an effort not to speak their native language. We had many a long involved conversation in groups with me speaking Portuguese and them varying between Portuguese, Portuñol and Spanish, but it was better than nothing! After all, what would have been the point of them coming so far to learn Portuguese and ending up learning nothing but the differences between Colombian and Mexican Spanish?

By dedicating yourself to one language for your time abroad, you’re giving yourself a chance to send your ability sky rocketing in one language rather than making a bit of progress in both and getting highly confused at the same time. 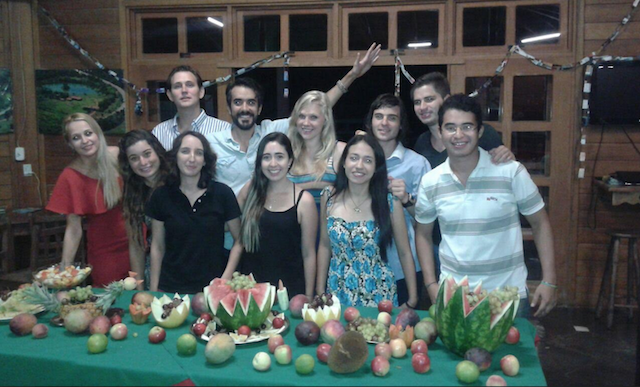 2. Immerse yourself: choose your environment wisely

I know it’s easier said than done, but try and forget that English exists, as it will get in your way just as much as a second language will. From the conversations I’ve had with my fellow year abroaders, most people (and this is definitely not true for everyone) have found it easier to make friends with native speakers if they have done a work placement rather than Erasmus or British Council, and those who ventured out of Europe have also tended to be surrounded by fewer English-speakers.

When deciding where to go on your year abroad push yourself a little further and, if you’re lucky, you might find yourself in an environment where you are so surrounded by your target language that you actively have to seek out English for a bit of light relief rather than spend your time thinking of ways to meet more native speakers. That way, you can treat yourself to a bit of iPlayer without feeling guilty as you can go days at a time without speaking English.

Being immersed in your target language will help you to make enough progress that when you turn your attention to your other languages, your YA language will be so embedded you won’t forget it so easily.

3. Give your other language(s) some TLC

If your university asks you to dedicate your year abroad to one language, factor in some time either side to work on the other one(s). This could be a work placement, au pairing, work exchange, fruit picking, volunteering or travelling. Pick something you’ll really enjoy and do it for a least a couple of months to allow you to really get into the swing of it, getting back to your pre-year-abroad level before building on it.

I spoke Portuguese from June to March and then switched to Spanish once I got over the Bolivian border. It took me about a month to transition from one to the other. For the first two weeks I was thinking in Portuguese in order to speak in Spanish, and then Spanish took over (very shakily). From there on the only way was up. By the time I got back to Brazil two months later I was far more comfortable in Spanish, but a couple of Caipirinhas soon helped bring the Portuguese back out. 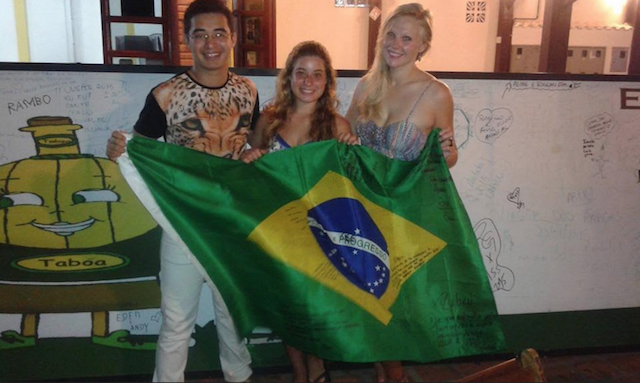 4. Don’t compare yourself to other people.

There’s always going to be someone that can switch between 3 languages in the space of a conversation without making a single grammatical mistake with an absolutely spot on accent. Well done them. The worst thing you can do is compare yourself with anyone else. Our brains all work in different ways and we all take a different amount of time to learn languages, and all have different strengths. Some people are able to compartmentalise their languages far more easily than others. Some people can even speak Italian, Portuguese and Spanish without getting them confused. I am not one of these people. And really, who cares? The ability to communicate in two languages is a huge achievement and you should be proud of yourself.

My accent in both Spanish and Portuguese is and I am pretty sure always will be painfully British. I think it sounds horrible but Brazilians assured me it was ‘cute’. I was famous in the local bar in Bonito for my pronunciation of the word ‘Caipirinha’. The waiters would come up to me and say ‘Mais uma caipirrrrrrrinha?!’. Maybe I spent too much time there... My ‘R’s are not my strong point but they loved it! It may not be what I’m going for in the long term but hey, they could all understand precisely what I was saying. I got my cocktail.

The most important thing. There will be moments when you try and speak in one of your languages and the other comes out without you realising it. Or you realise you can’t remember the simplest bit of vocab you’re sure you learnt at GCSE and Word Reference is the only answer.

That’s fine! You have to give these things time and be patient with yourself. Your languages aren’t disappearing, they’re just hibernating, and some will be harder to wake up than others. Always focus on what you HAVE achieved rather than what you’re struggling with. Be proud of yourself for the progress you’ve made in the language you’re living in rather that beating yourself up about everything you’re not doing.

Language learning is a lifelong process and doesn’t stop at the end of your year abroad!