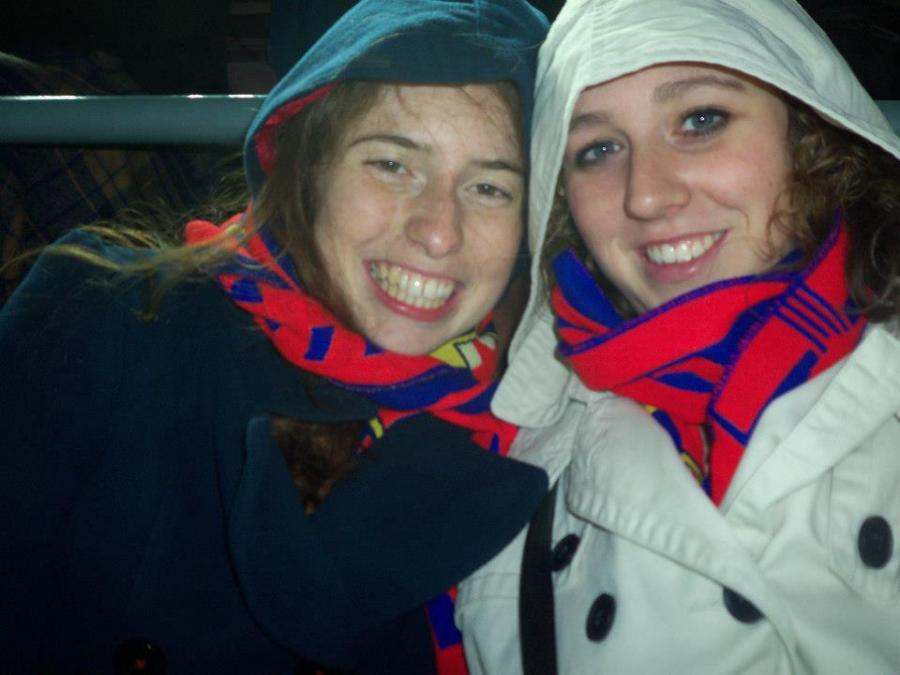 This article was written by Dymphna Murphy, published on 21st October 2013 and has been read 4113 times.

Barcelona  Living and working in Spain Warwick Uni
Dymphna is studying Politics and International Studies at Warwick University, and spent her year abroad studying at the Universitat Pompeu Fabra in Barcelona.

For the five photo challenge I have chosen a few places that perhaps are not so well-known in Barcelona but which have given me great joy throughout the year:

El Turó de la Rovira was a great ‘insider’ tip from a friend of mine and it offers a great view of Barcelona! There are usually swarms of tourists eager to visit Parc Guell or Tibidabo to seek the best view however if you want to follow the advice of the locals, the place to go is Turó de la Rovira which is a whole lot cheaper and gives you pretty much the same experience. If you catch the number 24 bus outside of El Corte Ingles in Plaza Catalunya it is just a 30 minute ride away. Unlike everything else in Barcelona, there is no entrance fee, so you can easily enjoy your time having a picnic with friends without worrying about being trampled by tourists or having to shell out lots of money. 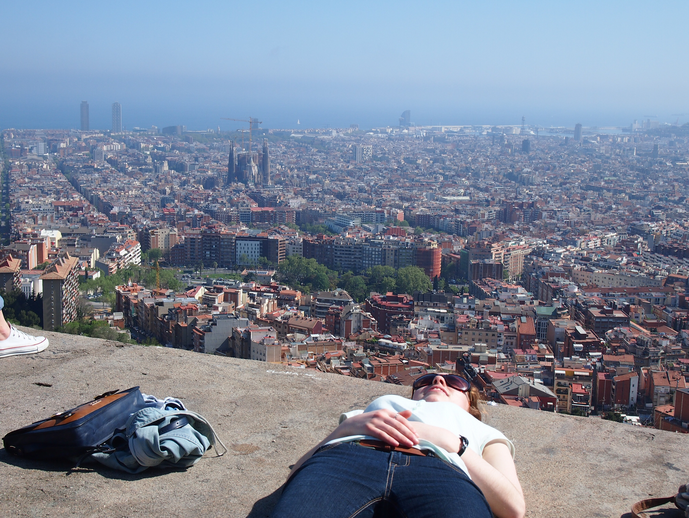 As cafes go, this is by far the best in Barcelona. The Pudding Café is situated on Carrer de Pau Claris in Urquinaona (Line 4 on the metro). I actually discovered it by mistake on the way home from university with a group of friends so we decided to meet up there one day and from then on I fell in love with it and have not been able to stay away! As you walk into the Café you could be forgiven for thinking that you are at the Mad Hatter’s Tea Party, as you will be greeted by giant mushrooms and a red and white striped candy cane ceiling. Needless to say I blew most of my Erasmus grant on little treats from there which were great when I needed a little bit of TLC after being away from home for quite a few months. Anyway for me this served as a home away from home where I could sit back, relax and enjoy a bit of ‘Wonderland’ for a couple of hours... 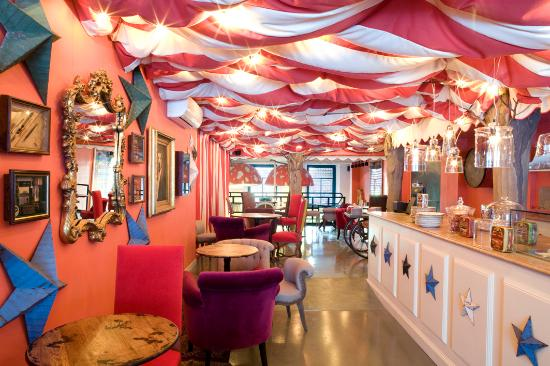 As a politics student I am very ashamed to say that I had little knowledge of the political situation in Catalunya before I arrived in Barcelona. Of course I knew, as well as any other student who studies in Barcelona, their main language is Catalan not Castilian but aside from that there was little to distinguish Barcelona from the rest of Spain for me. However having arrived in August 2012, and therefore knowing that there would be roughly a month before I would start my degree course at the Universitat of Pompeu Fabra, I became more and more curious about the political situation taking place around me. Many friends on my language course informed me that Barcelona sought to be separate from the rest of Spain and that there were many marches and political protests planned to take place during my year abroad. Not long after hearing this from my fellow students I noticed posters around advertising the ‘March of Independence’ which takes place every September, and if you ever have the chance to go I would really recommend it. For me it was fascinating to see politics in action but from just attending this march I learnt a lot from the many people I encountered and understood a lot more about the culture I was living in. 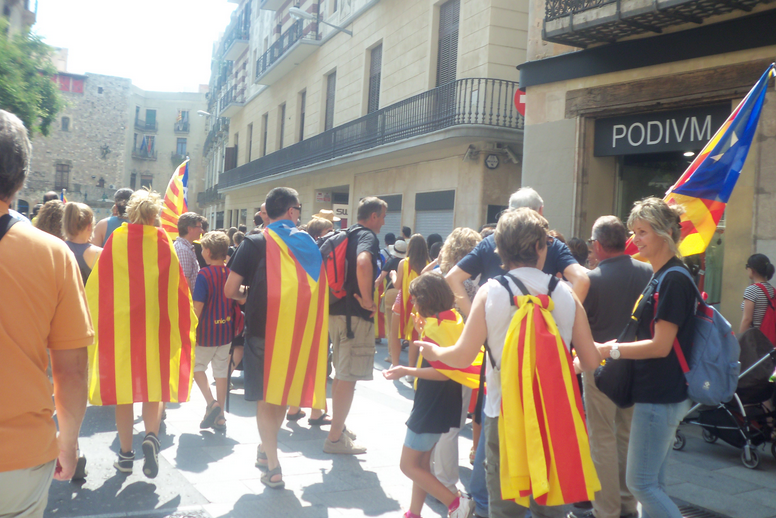 The last and probably the most important photos (I had to have more than one for this - see top photo too!) would be of the friends I made during my time in Barcelona, as my experience would not have been the same without them. Before leaving I thought that I had quite a good understanding of other cultures but after living in what has to be one of the most multi-cultural cities in Europe, I can honestly say I knew very little. In my first term at university I had friends from Germany, Korea, Japan, and my flatmate was from Honk Kong, to name just a few countries, and that was only in the first term. I cannot encourage you enough to make the most of the diversity of people in Barcelona and to learn as much as you can from them, as Erasmus is not only about learning about your target country but also about as many different countries and cultures as you can. 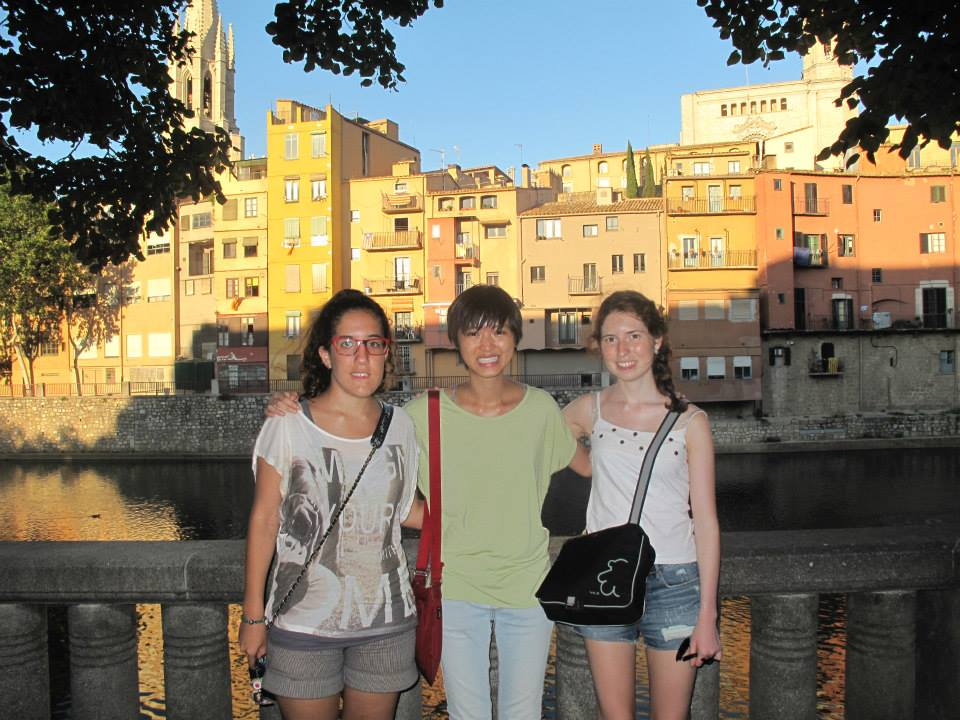 Advice and tips for interning in Barcelona