5 Photos: My year studying in Berlin 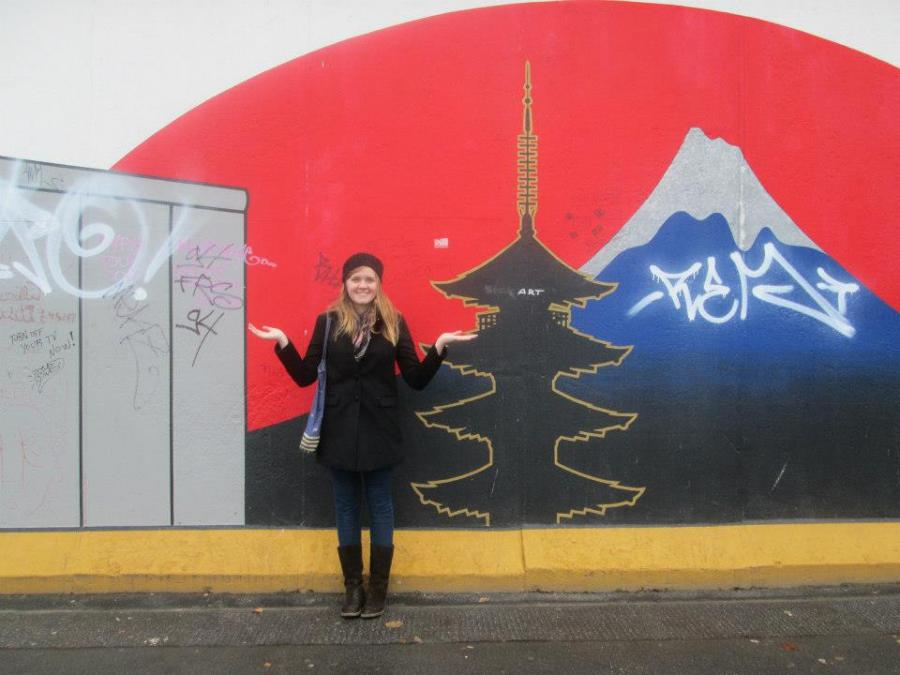 Ellen and the Berlin Wall

This article was written by Ellen Kemp, published on 14th August 2013 and has been read 3223 times.

Berlin
Ellen is studying German studies at the University of Warwick and spent her year abroad as a student at Humboldt-Universität in Berlin. Here is her year abroad in five photographs...

Looking through the hundreds of photos from my year in Berlin and reflecting on so many fantastic memories and experiences, it was difficult to choose just five photos that really epitomise my time abroad. From sipping ‘Glühwein’ at Christmas markets surrounded by a thick layer of snow to having a barbeque at the abandoned airfield at ‘Tempelhof’ during a heat wave in July, it was undoubtedly an incredibly varied, exciting time.
For this reason, I decided to choose pictures which represent an important element of the year abroad and explain why each photo is particularly significant to me. 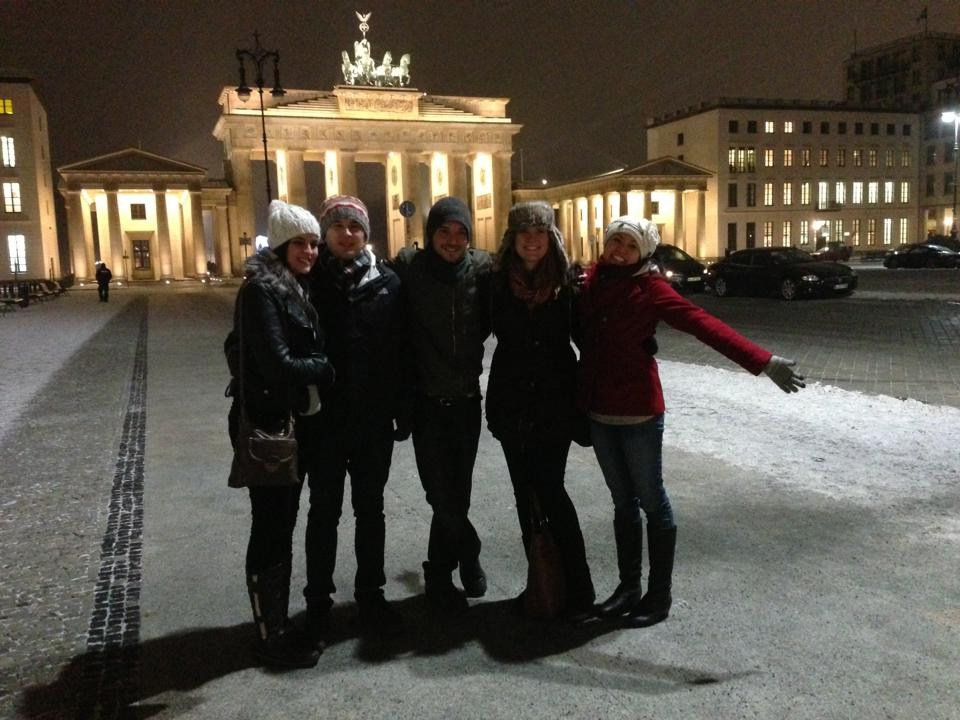 Every fellow year abroad student will agree that the people you meet along the way are a huge part of your time abroad. They will not only become great friends but will also become savvy tour guides, fellow explorers, native language experts, study buddies, party revellers or simply someone to talk to, when things aren’t so easy. The year abroad is probably one of the best opportunities you will ever have to get to know people from all over the world, as well as natives with plenty of insider knowledge, so try your best to make the most of it. This picture was taken with couch-surfers from America, Brazil and Israel after a visit to a German restaurant and is one of my personal highlights of the year.

2. Falling in love with a new city 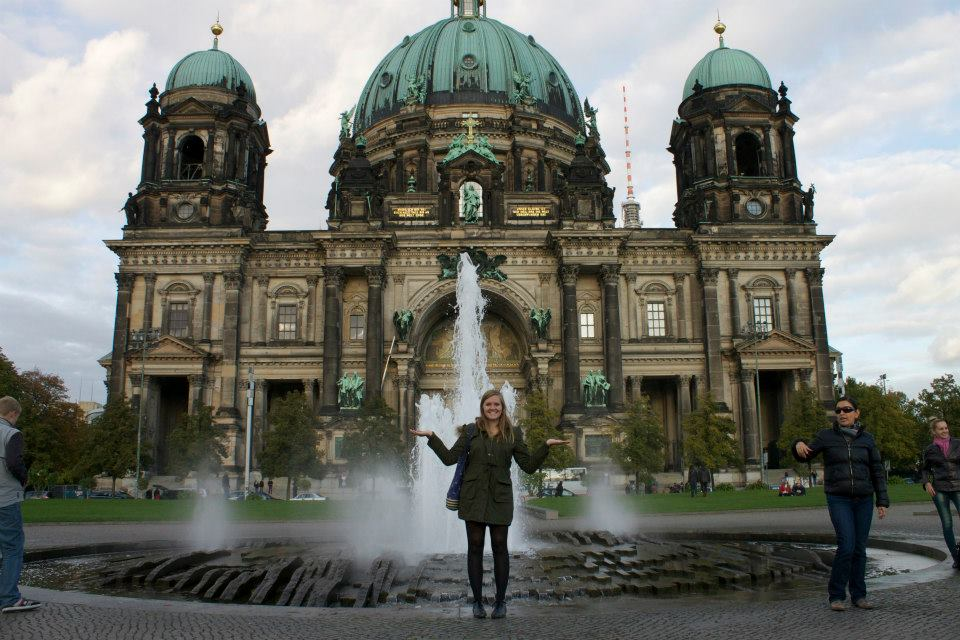 During my time in Berlin, I never stopped discovering new, captivating parts of the city, its history, culture and the city’s identity within Germany. The year abroad was also a great opportunity to explore other parts of the country and even Europe, made possible by lots of free time and many different ways of getting around cheaply; ‘Mitfahrgelegenheit’, a car sharing scheme, and the ‘Schönes-Wochenende-Ticket’ are just a couple of examples that are worth checking out. 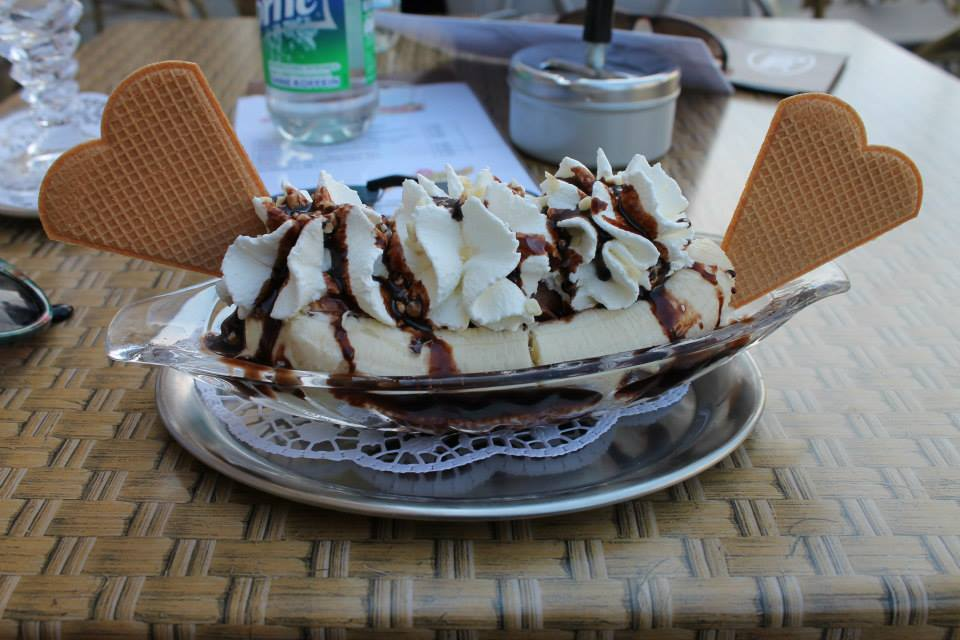 This picture speaks for itself but is an important part of any time spent abroad. Currywurst, Döner, Schnitzel, Falafel, Flammkuchen, Kaffee und Kuchen, Eis and €3 cocktails – it’s a wonder that I’m not 50 stone by now. There is nothing quite like local cuisine so my philosophy was to try everything once. Meals or even trips to cafés and bars are also a great way of socialising, especially in a city like Berlin, where food and drink is much cheaper and truly delicious. 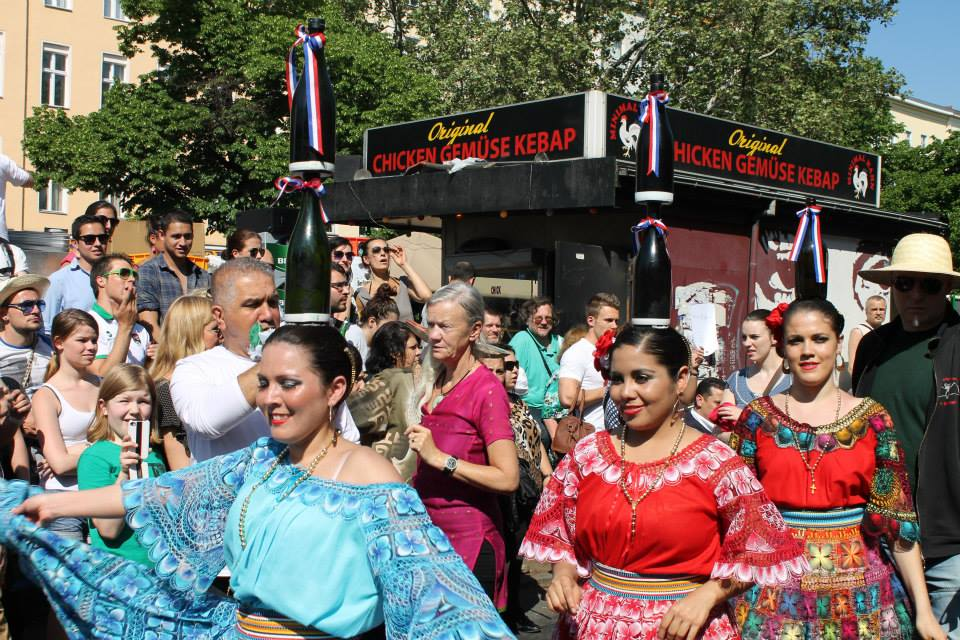 This picture was taken at the ‘Karneval der Kulturen’ (Carnival of Cultures), one of the many festivals held in Berlin and was a spectacularly vibrant day celebrating cultural diversity in the capital city. For me, the year abroad was all about trying things that are out of the ordinary. Other examples include a Ping-Pong bar, an open air disco in a field in the middle of the day and most bizarrely watching ‘Straßentheater’ (Street theatre) for the 775th anniversary celebrations of the city, which involved a man dressed as a moose in thigh high red leather boots kissing a man dressed as a fish – still not sure what that was meant to represent but it was hilarious all the same. 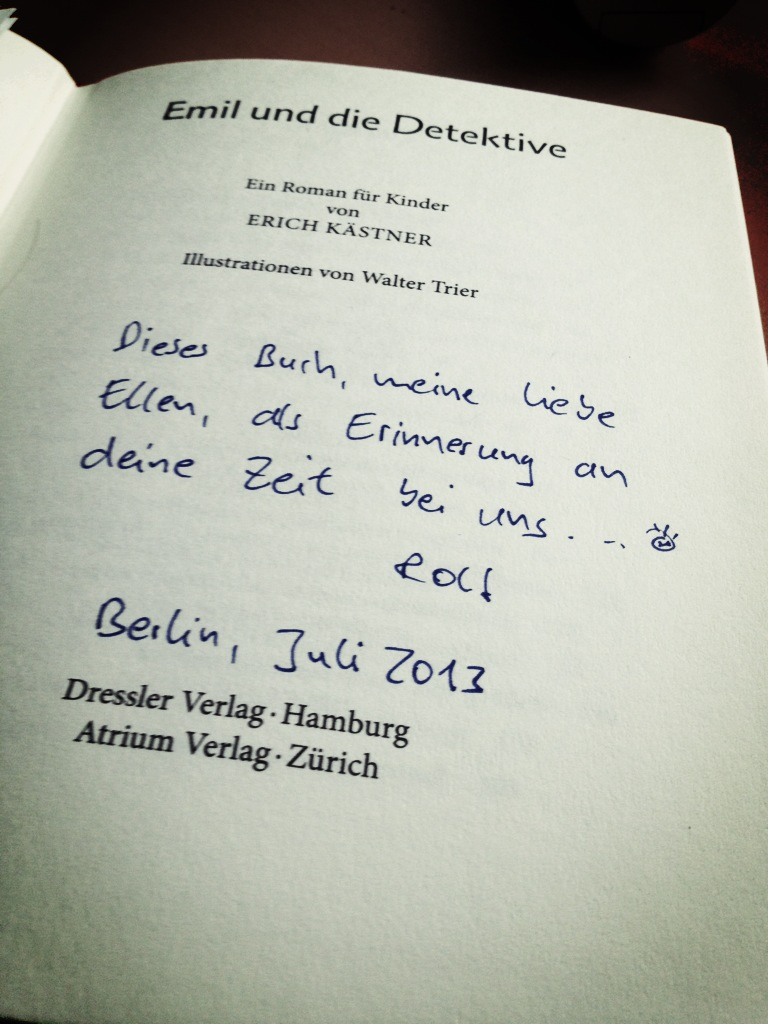 This final picture represents language learning - as I am a German student, improving my language was always going to be a big part of my time abroad. This book was given to me by a friend the day before I left and reading it on the plane home, I realised just how far I had come. There were, of course, days, when I felt l wasn’t getting anywhere, however for me the key was to persevere and simply enjoy the process.

by Together Travel
Living and working in Germany