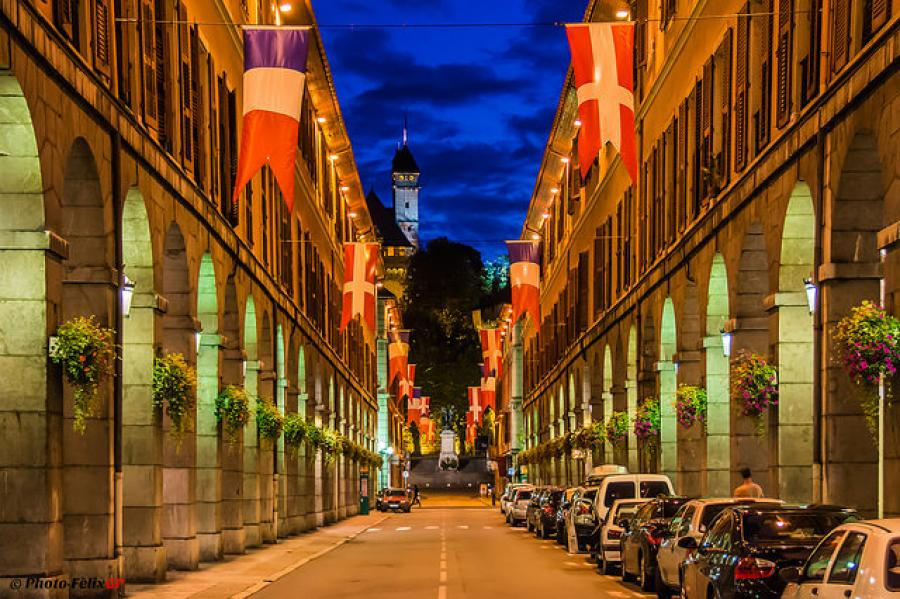 This article was written by Claire Booth, published on 11th February 2015 and has been read 5131 times.

Claire Booth studied French and Spanish at the University of Exeter. Through these five photos, she sums up her Year Abroad as an Erasmus student at the Université de Savoie in Chambéry, France.

1. Room with a view
After several fruitless days of searching, I was giving up hope of ever finding habitable accommodation as my Erasmus year began in Chambéry, France. Everything changed, however, as a landlord threw open a darkened room’s shutters and this view was revealed. Each morning saw me folding back those same shutters, stepping onto the balcony, and gazing out across the rooftops to the mountains. Whether they were snow-topped during the winter months, covered in a pinky haze at sunset, or partly hidden by clouds in the early morning, they will always be how I remember my Alpine town. 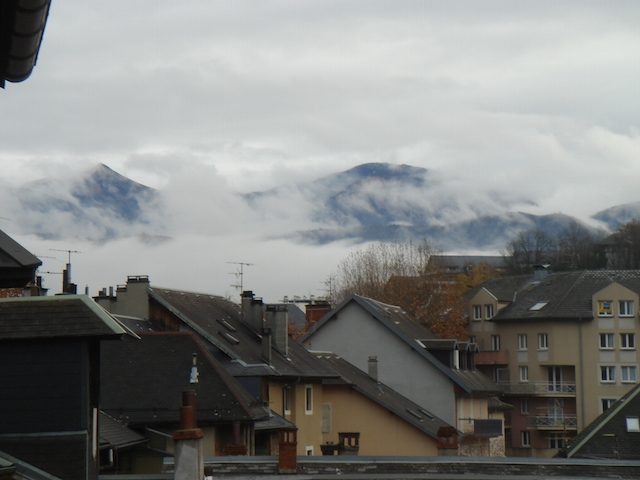 2. Fête des Lumières
One of the first places I visited on my Erasmus year was Lyon, otherwise known as the gastronomic capital of France. That evening, however, it could have adopted Paris’ nickname of ‘La Ville Lumière’, or the ‘City of Lights’, as it played host to its annual Light Festival. Buildings, streets, squares and even churches were illuminated, as huge displays took over the city. Crowds gathered to stare in wonder as fantastically luminescent balloons lit up this statue against the inky backdrop of that November night. 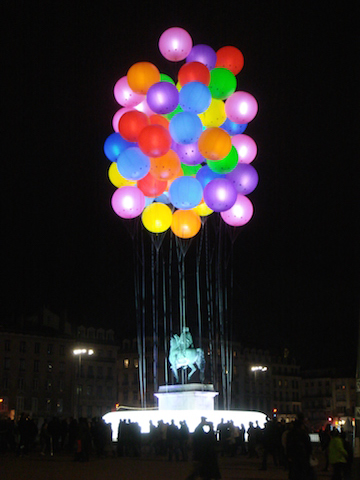 3. On top of the world
When people ask about my Erasmus year my first response is usually "I learned to ski".The Université de Savoie, located in the French Alps, ran trips every weekend for a ridiculously small cost so, despite my none too slight fear, I figured I had no excuse. It took most of the winter, several tumbles and countless bruises before I could finally master the sport and fully appreciate our resort Méribel. What I would never get over, however, were the views which confronted you upon getting off the ski lift and which always made me question whether I really wanted to descend the icy slopes at all. 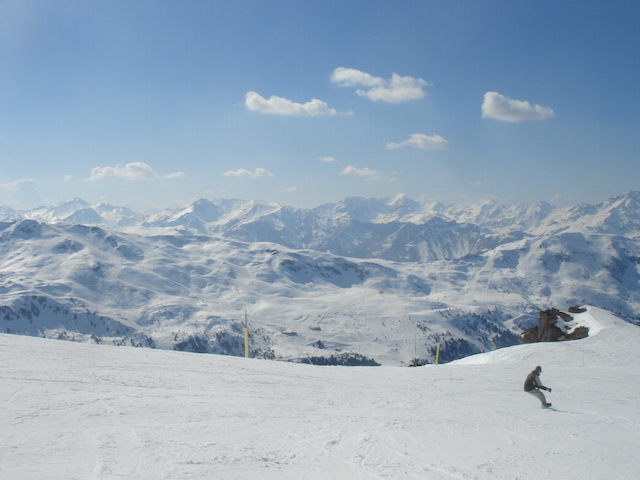 4. A lonely figure
Annecy: Venice of the north. So called because of the canals which wind their way through the Alpine city. Each summer it plays host to the ‘Carnival vénitien d’Annecy’, or Venetian Carnival. Figures in traditional Venetian costume parade the streets, untroubled by the presence of thousands of onlookers. One such figure appears to have escaped the crowds and gazes out across the water. Mood and identity remain a mystery concealed by her mask and elaborate dress. 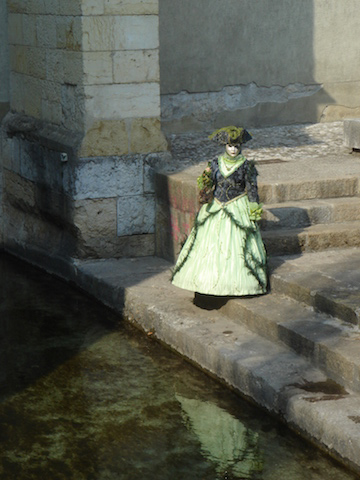 5. Les Vendanges
Having successfully completed my studies in Chambéry, I decided to make the most of my French railcard and headed just north of Lyon, to the village of Régnié-Durette, to try my hand at grape picking. The warnings I had heard about the backbreaking nature of the job were not exaggerated. My memories however are of the sense of camaraderie, ‘casse-croûte’ - mid-morning snack brought out to us comprised of bread, meat, chocolate and a flask full of hot coffee (which someone would inevitably knock over) - and the amazing views over the vineyards. 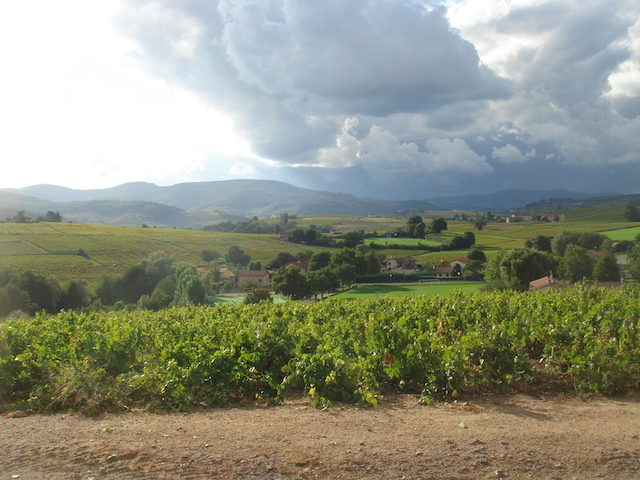