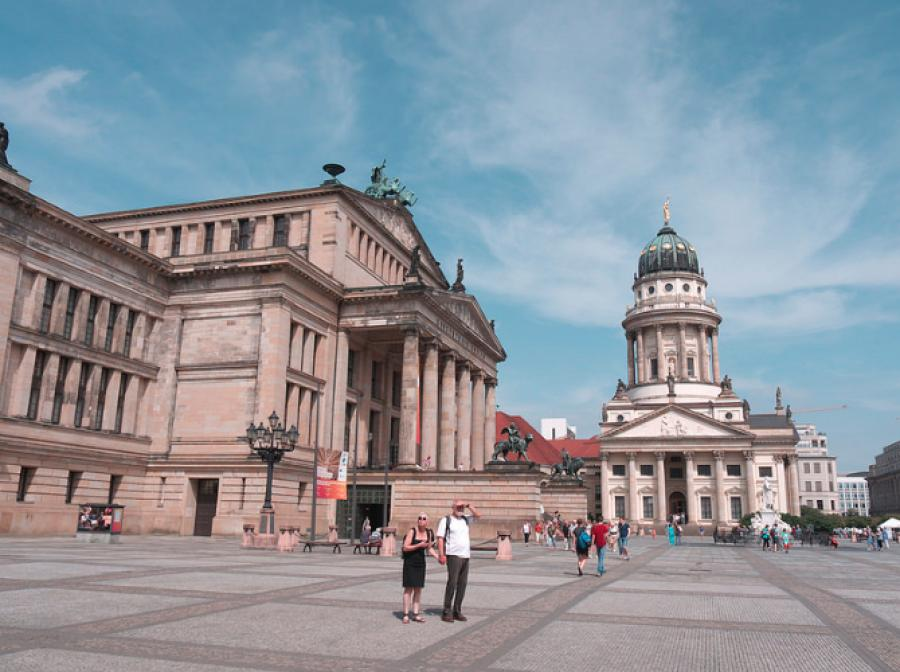 This article was written by Sophie Spokes, published on 11th September 2015 and has been read 3705 times.

Sophie Spokes studies German and International Relations at the University of Leeds and has just finished her year abroad working for an e-commerce start up in Berlin. Here is her year in 5 photos! 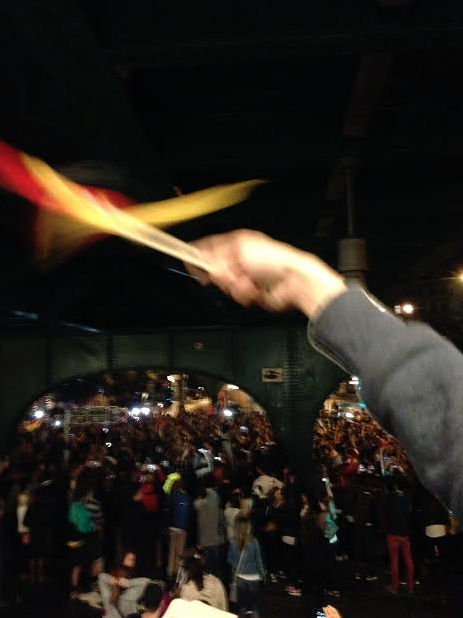 Germany just so happened to win the World Cup during my first weekend in Berlin! And it was an amazing experience to be part of! The atmosphere was electric! Before the game you could sense the nerves in the air and the longer the game went on without any goals the more tense it got! I actually missed Götze’s winning goal because I was sitting gossiping with one of my new friends! But when that goal was scored it was sheer euphoria. Everyone was pouring out of bars and partying on the streets.
I took this photo at Eberswalder U-Bahn station where there was probably around a thousand people just celebrating, singing and dancing in the street! 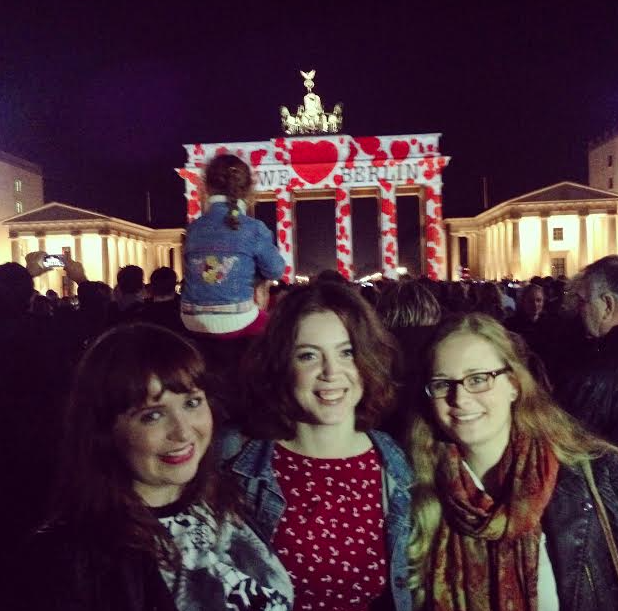 This is me and two of my best friends I made during the year abroad and they made the experience even better! We were always doing something together whether it was weekends away travelling or partying in some of the world’s best techno clubs in Berlin! This is a photo of us from the Festival of Light in front of the Brandenburg Gate. 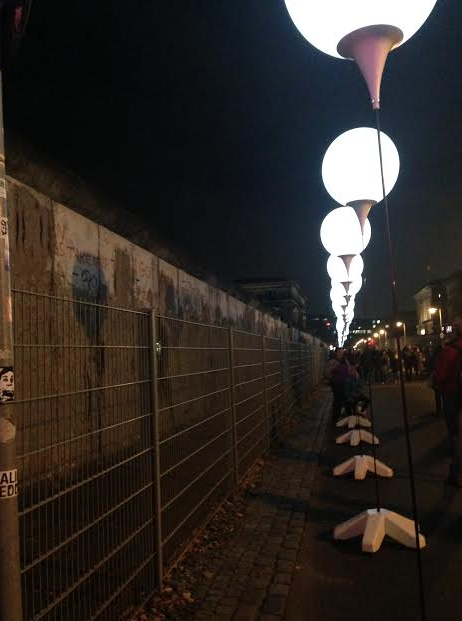 Germany has an incredibly interesting and rich history and you can see this all over Berlin. Being in Berlin for the 25th anniversary of the fall of the wall celebrations was a once in a lifetime opportunity. To commemorate the anniversary balloons were placed along the route of the former wall throughout the city.

I took this picture of where the wall ran towards Potsdamer Platz. On the Sunday evening (9th Nov) the balloons were released during a celebration at the Brandenburg Gate. 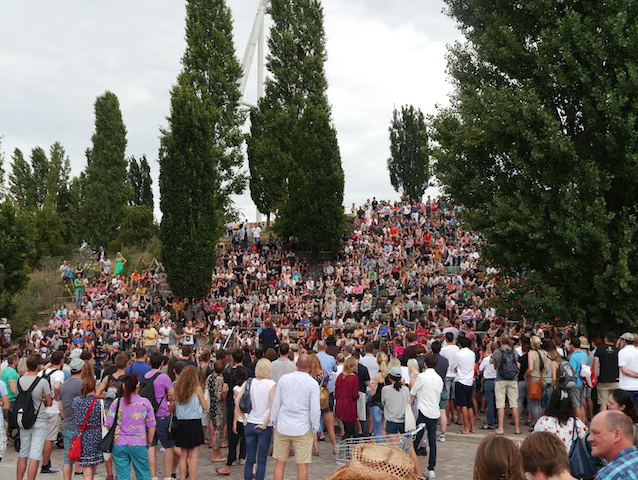 There is no better way to spend a Sunday in Berlin than at Mauerpark! There is a huge flea market, where you can find everything from DDR memorabilia, toilet seats to homemade sweets! There is also a great street food section where you can try Mongolian food or deep fried ice cream (ewww…). The park has lots of entertainment from buskers to people swallowing fire!

This is a photo of the so called ‘bear pit’ where a performer stands on a bit of concrete and performs in front of a crowd of 1000 people! The karaoke is brilliant entertainment and a million times better than that show on ITV! The talent ranges from people so tone deaf your ears bleed to someone who can give Adele a run for her money. My personal favourite was a middle-aged man performing ‘Uptown Funk,’ it drove the crowd wild!

On my last weekend in Berlin and after a lot of Dutch courage me and one of my friends got up and sang Beyonce’s ‘Single Ladies’ in front of a very large crowd. 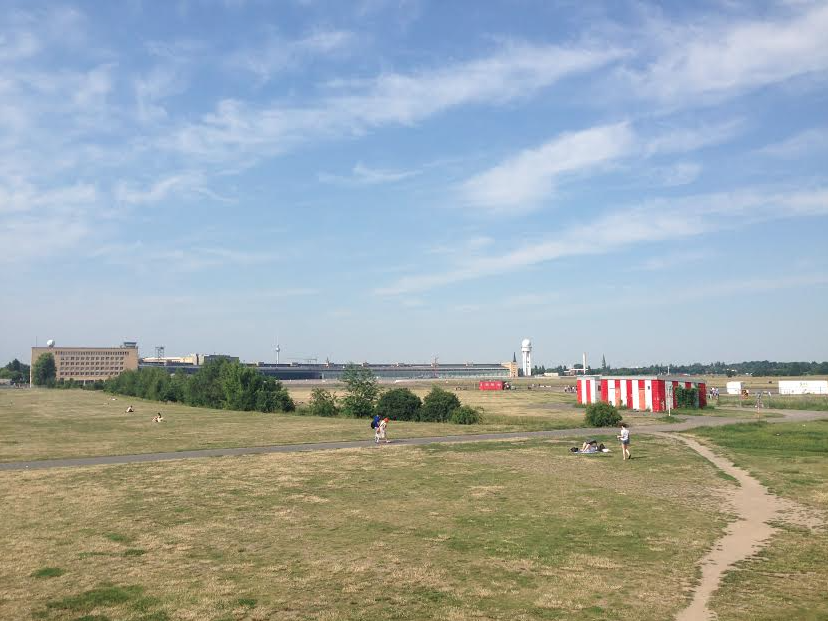 Despite being a capital city, Berlin has hundreds of parks! This is the huge Tempelhofer Feld, which is the former airport. It’s pretty cool being able to run along the runways and in the distance you can see the tv tower!

by Lloyd Bingham
Living and working in Germany