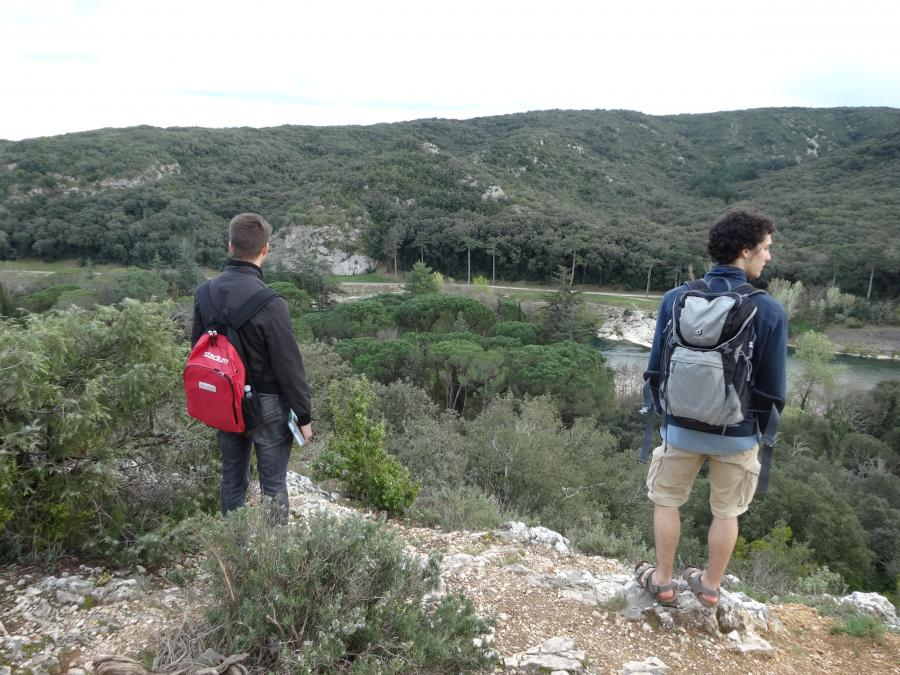 This article was written by Christina Vieira-Barry from King's College London, published on 8th September 2014 and has been read 4668 times.

France Italy French King's College London Aix en Provence
Christina Vieira-Barry is studying French with English at King’s College London. She spent her year abroad (2013-2014) as an Erasmus student at Aix-Marseille University in Aix-en-Provence, using sketching and photography to document her time there. Here she talks us through five of her favourite year abroad images...

Once you’ve made that first leap into the unknown and survived, travelling will become second nature even addictive. The infamous Year Abroad travelling bug will mean that this will be something that stays with you for life.

Part of why I chose Aix was because of its location in the south of France. If you’re under 26 you’re entitled to a Cartreize (where a day pass is €2). Destinations include Marseille, Cassis, Arles and Avignon to name a few. Also, look out for university-organised trips. These are mostly free and thanks to them I got the chance to go skiing for the first time in the French Alps. Covoiturage and Couchsurfing are also great ways to travel on a budget. 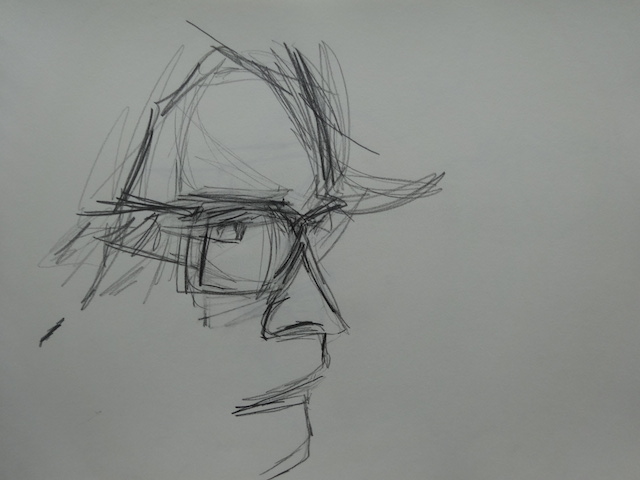 It’s hard to imagine that, although I spent a whole year in Aix, I only really discovered this place in the second semester. Coco Bohème is a tearoom/ café where tea is served by the teapot (yes, that’s a litre of tea). Shoes are left at the door and everyone lounges around drinking tea and playing board games. Every evening there is always something going on, from Monday’s chocolate fountain (bring your own fruit) to the Coco Quiz on Tuesdays (if your team comes last, don’t worry you win a pineapple). My personal favourite was Wednesdays. The evening began with the ephemeral Salon Littéraire (we would meet once a week to discuss a theme, unlimited tea included). This was followed by the scène ouverte (open mic). Here’s a slice of the action.

Even if you don’t play an instrument, go along anyway. I used to bring along my sketchbook (see above Aurélien, Salon Littéraire)

(And another thing, when it rains, the hot chocolate is half price…) 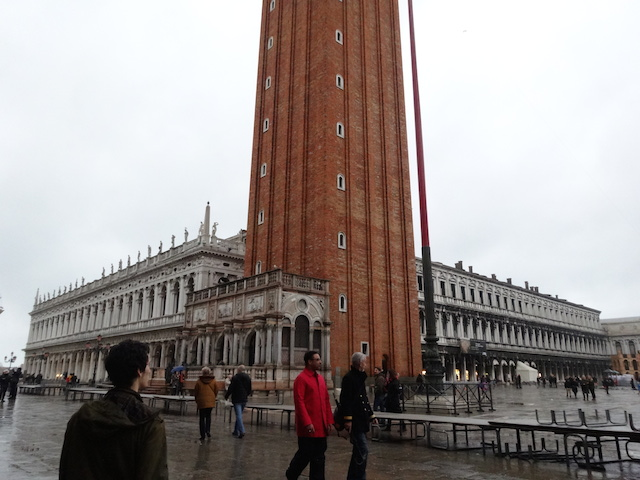 This probably looks like cheating, a photo in Italy. But a year abroad is a year abroad. Don’t just limit yourself to your host country. The world is well and truly your oyster. Whether it’s Italy, Germany or further afield; travelling around Europe is much cheaper when you’re on the mainland. I went to Italy a couple of times during my year abroad with iDBUS (Marseille-Milan from €25 one-way).

Now the likes of Milan, Verona, Padua, Venice and Rome have been ticked off my bucket list. 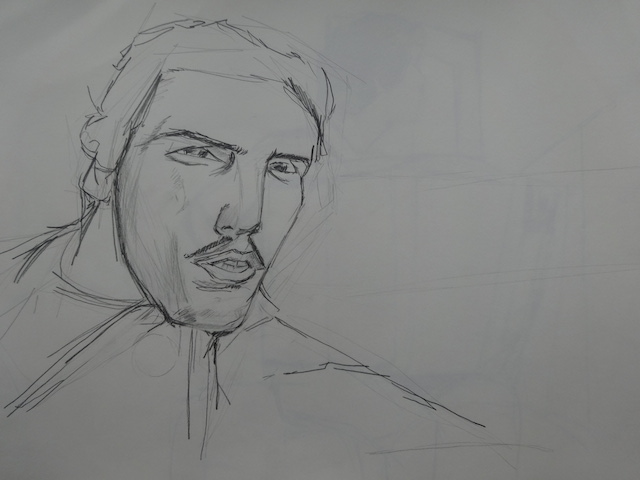 I swear I came back to the homeland more Italian than French. How did that happen I hear you ask?

Despite the horror stories, I decided to apply for halls. Living in Aix can be expensive, and rent in halls was more than affordable. Living in university accommodation, I was surrounded by Erasmus students. Most English Erasmus students opted for private accommodation, wisely following Erasmus golden rule number 1 ‘the best way to improve your language is to live with native speakers’. Living in halls was like living in an auberge espagnolesque coloc. The benefits: a cultural melting pot on your doorstep. From cooking pasta every night with Italians, Carbonara at 3 a.m. in the morning and Cordon bleu kebabs; forget culture shock, think culture overload.

Warning: It can work as long as, whatever you do, don’t speak English! It’s all too easy as most people (French and Erasmus) will want to practice their English. 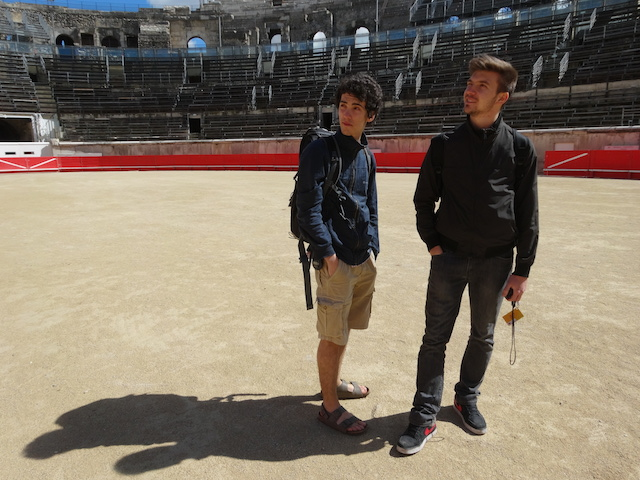 Curled up in bed with Post-Erasmus depression (a mixture of reverse culture shock and about a 10 degree drop in temperature), has given me time to reflect on my time abroad.

A year ago I was inundated with Pre-Year abroad meetings. When it comes to your year abroad, only so much planning and preparation can be done. After arriving in Aix, French bureaucracy made me want to use a baguette as a blunt weapon. A year ago I was thrown into the lion’s den (see above). I mean I didn’t even know how to pronounce Aix… but suffice to say I survived to tell the tale.

Now back in my homeland, my oyster card just doesn’t fulfil my travelling needs. Year Abroad students suffer from a crippling syndrome known as the travelling bug, which makes us want to pack our bags and jump on the next available cheap flight out of the country. But alas final year is on the horizon…

Despite being constantly reminded to make the most of every opportunity as You Only Have One Year Abroad, there are lots of options out there to study or work abroad in the future (From being an Au pair to being a British Council Language assistant) If anything, my year abroad has given me a hunger for travel. Aix-en-Provence is just the first of many more Year Abroads to come.

How to succeed at le CAF