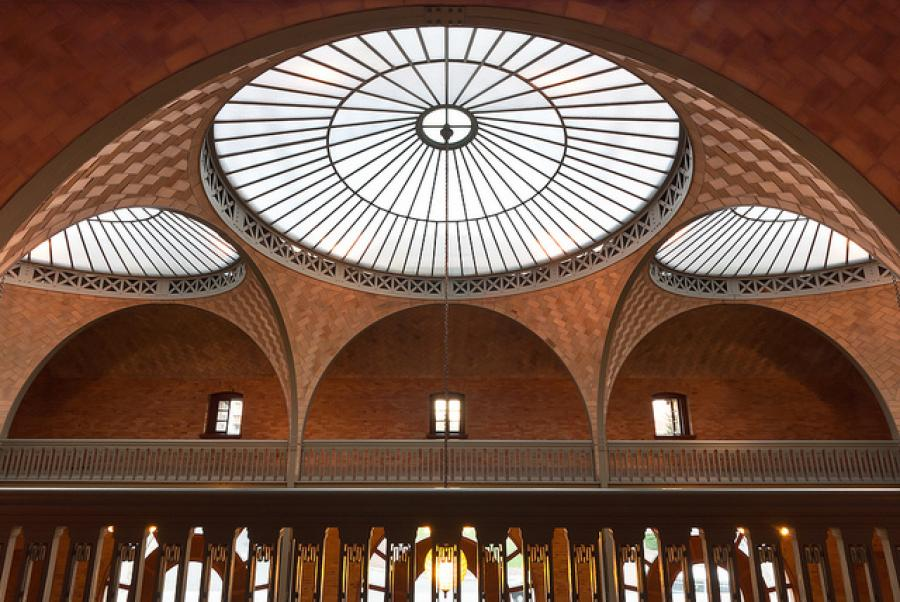 This article was written by Hannah DeSouza, published on 18th May 2015 and has been read 3465 times.

Hannah studies English Language and Literature at King's College London. She spent a semester studying at the University of California, Irvine and has undertaken the task of summing it up in just five photos! 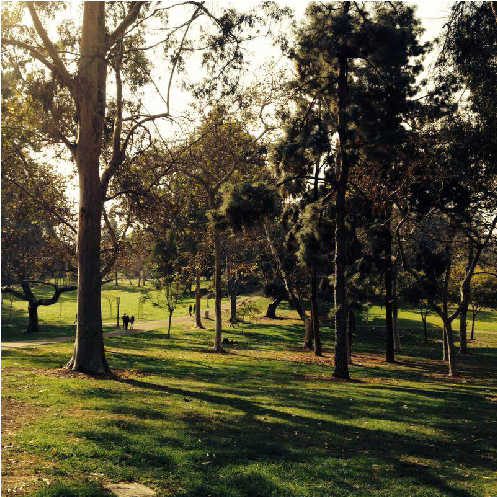 I was fortunate enough to already have some friends at UC Irvine when I arrived in California who allowed me to move in with them; eight girls living in a three-bedroomed apartment turned out to be as fun and dynamic as it sounds! Although it definitely required some adjusting after being accustomed to a (quiet) single room in my student accommodation in London. For this reason, I grew to value the times when I could escape and relax; and Aldrich Park, in the centre of the UCI campus, became one of my favourite places.

As an English student it was the perfect place to get through some novels without distraction whilst simultaneously getting a tan under the glorious Californian sun!

At various times in the year, the park can also become a hotbed of activity. Last year, as part of UCI’s Welcome Week, 4,200 students gathered there to participate in the world’s largest pillow fight (breaking a Guinness World Record!) In May I was able to attend the Summerfest Music Festival in Aldrich Park with guest performances from Relient K, Milo Greene and Kina Grannis. Additionally, it was in Aldrich Park where I was first introduced to ‘ice-blocking’; an activity which requires sitting on a large block of ice and sliding down the hill!

UCI also has free barbecue pits in the park for students to make use of which facilitated the perfect social gatherings in the evenings with the sunlight filtering through the trees. 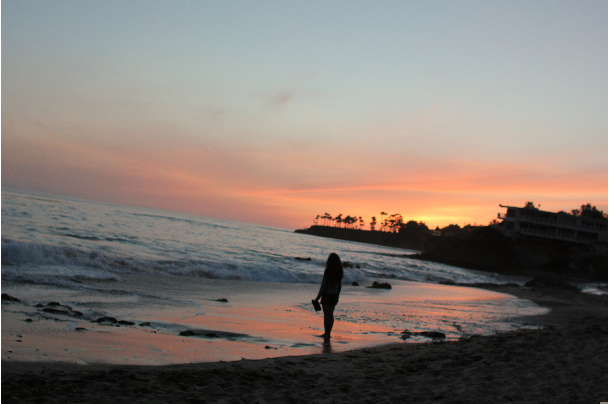 Of course, an article on studying abroad in California would be incomplete without mentioning the incredible beaches!

This particular beach was located in San Diego (about an hour’s drive from Irvine). Yet there are also picturesque beaches close to UCI; Newport Beach is the closest to Irvine and great for snorkelling and exploring tide pools, Huntingdon Beach is famous for its lively surf culture and Laguna Beach is one of the few beaches that does not close at sunset, enabling you to take late night strolls on the sand. However, travelling to these beaches and around California in general, is a challenge without a car (it definitely made me appreciate the London Underground!). Fortunately, UCI provides a free shuttle service - the ‘Anteater Express’ named after the UC Irvine mascot - which takes students to various places for free on weekends! 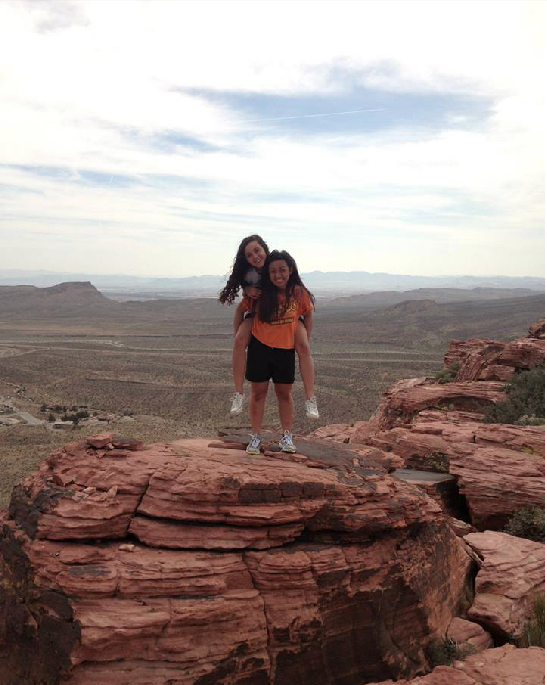 I definitely fell in love with the hiking culture whilst living in California, which was a wonderful, and inexpensive, way to spend a Saturday.

One of my favourite places was Turtle Rock - which lies in the San Joaquin Hills - that offers a beautiful view of Irvine when you reach the summit. Laguna Wilderness Park, Top of the World Park and Azusa also have incredible hiking trails free for the public to explore.

This photo was taken in Red Rock Canyon, Las Vegas after my friends and I took a road trip to Nevada during Spring Break. 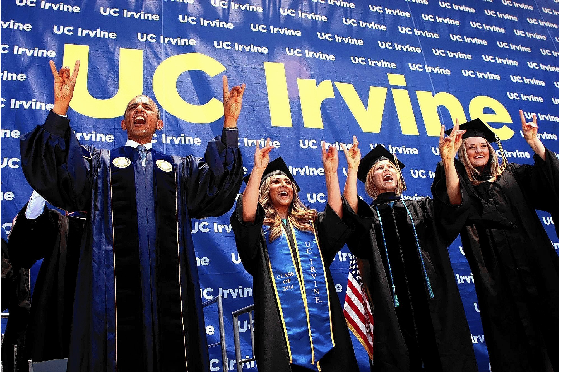 One of my more memorable moments at UCI was being able to attend the 50th anniversary celebration of UC Irvine in the Angel Stadium, which boasted President Barack Obama as the guest speaker! With government helicopters hovering above the stadium announcing the President’s arrival and over 30,000 people in the stadium rising to sing the national anthem, I was able to experience a slice of the internationally renowned American patriotism. It was electrifying; definitely a “pinch-me” moment.

UCI’s mascot is the comical Peter the Anteater and, to the joy of the students, Obama did the UCI ‘Zot!’; which is (allegedly) the sound made by the tongue of the anteater when it flicks it out to catch an ant. You will see and hear this at every athletic event (and probably several times a day on campus). UCI has produced a YouTube video for those who desire to perfect their ‘Zot’:

5. The chance to travel 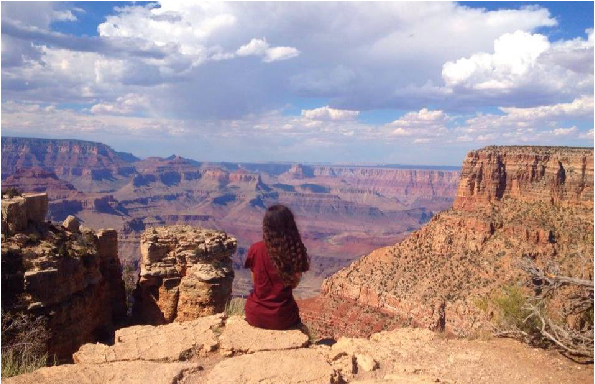 My favourite part of studying abroad was definitely the opportunity to travel. As soon as I arrived at UC Irvine in January I joined the group ‘Alpha Omega’ (which is not a sorority, despite the Greek name!). Alpha Omega is a Christian group open to all students (regardless of your religious beliefs) that works in tandem with the charity HOPE worldwide and participates in a lot of community projects in California. I was able to go with them to Tecate, Mexico to volunteer at an orphanage during Spring Break which was a life-changing experience. In fact, I was so impacted by this that I am now volunteering with the same charity (HOPE worldwide) in an orphanage in Bolivia this July, following my graduation from King’s College London.

During the Summer I also had the opportunity to travel around America. This is a picture of me dangling my legs over the Grand Canyon in Arizona - which was incredibly surreal.

Arizona was one of the many pit-stops my friends and I made on our coast-to-coast road trip after finishing university, beginning in California and ending in Virginia. We passed through 12 states and created many memories along the way: lying under a star-filled sky in New Mexico (one of the World’s Top 7 Stargazing destinations, according to Huffington Post!), travelling down the historic Route 66, visiting the Cadillac Ranch in Amarillo Texas and the Oklahoma City National Memorial, watching my first baseball game in the Busch Stadium in St. Louis, Missouri (home of the St. Louis Cardinals) and fishing and blackberry picking in Virginia Beach, to name a few! It was, without a doubt, the trip of a lifetime.