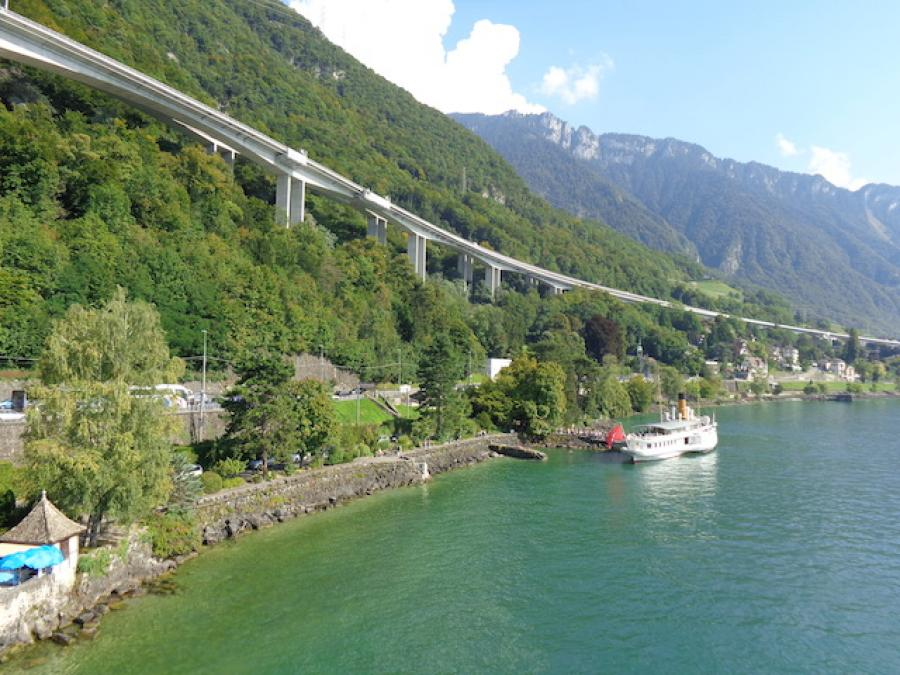 This article was written by Helen Parkinson from Lancaster University, published on 15th October 2014 and has been read 5647 times.

France French French and German Geneva Switzerland Lancaster Uni
Helen Parkinson is studying French and German at Lancaster University, currently studying abroad in Geneva. In this article, she disputes the idea that French students must spend their year abroad in France, making the case for "the land of fondue and Federer" as a more desirable year abroad location...

The author Mark Twain described Switzerland as “simply a large, lumpy, solid rock with a thin skin of grass stretched over it.” While it feels rude to disagree with him, it’s clear that there is a whole lot more to the land of fondue and Federer than “simply” stunning scenery. As a recently-converted Swissophile, here are four reasons why I think Romandie, the Francophone part of Switzerland, is the perfect year abroad destination for French students.

1) You won’t be intimidated by Swiss French

If you’ve visited France before, you may well have found yourself in that awkward situation where a local unleashes a torrent of French on your unsuspecting Anglophone ears and you understand nothing. A painful silence ensues as you escape from the encounter hoping that a smile and a nod will suffice in response.

Don’t panic! Luckily for us, Swiss French is slower than its counterpart in l’Hexagone, so it’s definitely easier to follow and to understand what’s going on. Another bonus is that there are hardly any differences between the two varieties (apart from in very rural areas), ensuring that you don’t have to learn what feels like a completely new form of the language.

The key words that you’ll want to get to grips with involve numbers: Swiss French uses septante, huitante and nonante instead of soixante-dix, quatre-vingt and quatre-vingt-dix. The Swiss versions are definitely less of a mouthful!

2) You’ll be thrown into a linguistic melting pot

Pick up any packet in a Swiss supermarket and you’ll usually be greeted with text in at least three of the country’s four official languages: French, German, Italian and Romansh.

Romandie is also home to many international organisations, from the United Nations and its fancy Palais in Geneva to the International Olympic Committee in Lausanne. This provides the perfect opportunity to find a tandem partner to practise with in your language of choice, no matter how specialised! Many universities organise tandem schemes but you can also find specially-created Facebook groups.

As you might expect from such an international environment, English is pretty common and the majority of people (not everyone!) can speak it. That said, local people are generally very encouraging when you make the effort to speak French, so if you are greeted by an accented “Hello!” at a souvenir shop, don’t be afraid to respond in French. 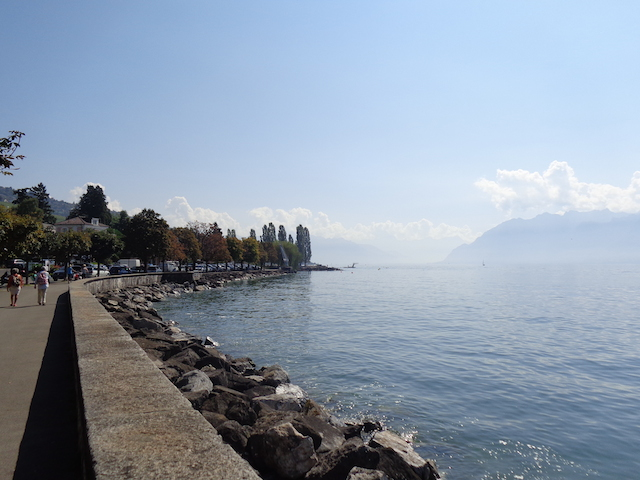 3) The rest of Europe is on your (chalet) doorstep

As a language student, you’ve probably already been bitten by the travel bug, but a year abroad in Switzerland means that you can really indulge in your wanderlust whims. Romandie is bordered by France and Italy, which makes going on a day trip to another country a realistic possibility! Switzerland also shares borders with Germany, Austria and Liechtenstein, if you want to practise German without twisting your tongue round its Swiss variant.

Living near the border in Romandie also means that you can live the fantastic Swiss way of life without the price tag. Many people here in Geneva do their shopping over the border in Annemasse, France, which is just a bus ride away!

In spite of the country’s varied landscape, the small (make that HUGE) matter of the Alps didn’t stop the Swiss from making their country really well-connected, whether that be by road, rail or water. Travelling by train is a little pricier than in the UK, but the cost is definitely compensated by the double-decker carriages and brilliant views.

4) You’ll feel at home at a Swiss university

The chances are that you’ll have been subjected to horror stories about the French universities from previous study abroad students - absent lecturers, cancelled classes and endless strikes being the main themes.

Before coming to study at university here, there were lots of forms to send off and deadlines to meet. Fortunately for us, Swiss efficiency isn’t just a stereotype! Once your paperwork is in their hands, you can sit back and relax without any fear of it going missing.

Travelling to and from university is also a cinch, as trams and trolleybuses allow you to navigate the larger towns and cities without getting in a sweat.

For my course, there is a mixture of lectures and seminars and the professors are always happy to answer any queries. Even as an Erasmus student, you are treated like a normal member of the class and you can quickly integrate yourself into the Swiss university system, which isn’t too unlike that of the UK.

France may have already won your heart, but don’t be quick to dismiss its small yet mighty neighbour!