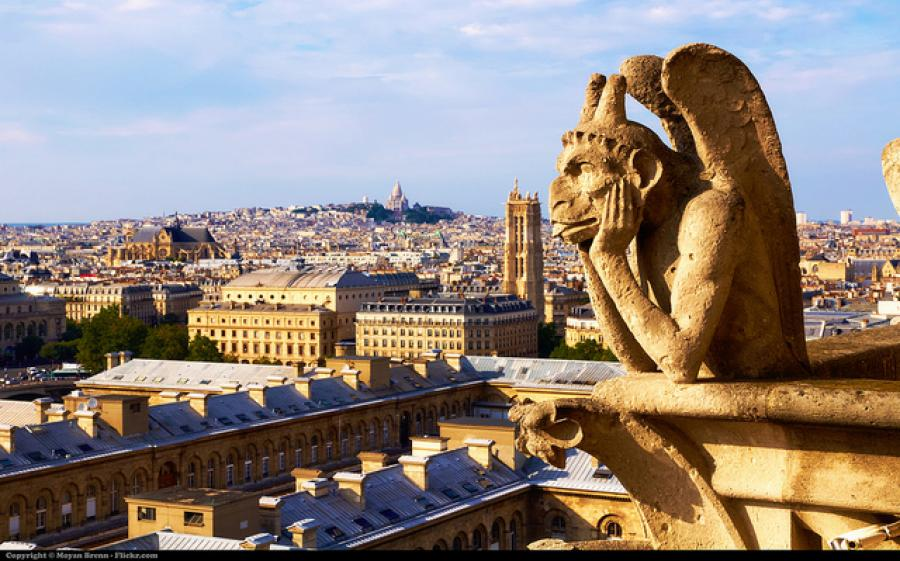 This article was written by Camilla Gash, published on 7th May 2015 and has been read 7065 times.

Camilla Gash is studying French at the University of Bristol and is spending her year abroad working at a business school in Paris. She writes about her adventures overseas on her blog. From awkward language mistakes to missing your favourite foods (and finding some new ones), here are 15 things that will definitely happen on your year abroad!

This list relates particularly to France, since that’s where I’m living and working for the year; however, I think that almost all of these points could apply to any language student’s year abroad!

1. Let’s start with the biggest: you’ll be endlessly frustrated by the amount of time it takes to get anything done.
Speed and efficiency do not seem to be qualities highly valued by the French. Everything is “pas possible” and deadlines/start times are more of a guideline, really.

2. Transport (especially trains) will be a constant source of stress.
The barriers will work on some occasions and not others (for no apparent reason). There’ll be works on the line whenever you’re in a rush to get somewhere. You’ll fail to realise you have to validate your ticket before travelling and get fined. On the upside, though: cheap tickets and double-decker trains (sitting upstairs never gets old).

3. You’ll make a completely innocent yet highly embarrassing error that you’ll kick yourself for not knowing before.
“Je suis pleine” = I am pregnant, not full. “Je suis excitée” is not what you think either. All you can do in these situations is laugh and move on. At least you’ll never make that mistake again!

4. One you probably didn’t even think to expect: you’ll completely lose the ability to type.
Going from a French keyboard in the office to my QWERTY laptop at home has left my fingers in a permanent state of confusion. Another complaint: WHY did French keyboard makers think “shift + full stop” was a good idea?! It’s one of the most commonly used symbols, yet one of the least convenient to type.

5. You’ll feel half the time as though you’ve stepped into a time machine.
Why do French teenagers all look like they’re auditioning as Clueless extras? And are they not aware of any music post- 2005?

6. You’ll get caught out by the “everything closes on a Sunday” rule...
...and have to sadly piece together a Monday morning breakfast of stale bread and a week-old banana.

7. You’ll have a love/hate relationship with Skype.
We’re very lucky to live in this day and age and be able to contact family members and friends halfway across the world at the touch of a button, but let’s be honest: they haven’t quite ironed out ALL the problems, have they?! I don’t think there’s anything quite so exasperating as a Skype call freezing constantly when you’re trying to catch up on a friend’s news…

8. You will find yourself in a situation where you just DON’T have the vocabulary you need...
...and you have to resort to a mixture of mime and broken French to get your point across. My own red-faced moment came while searching unsuccessfully for drain un-blocker in the supermarket and having to act out using a plunger, much to the shop assistant's amusement.

9. You’ll experience FOMO...
...when you see your friends back at uni all hanging out together in Facebook photos or you get an invite notification for an event you can’t go to.

10. You will forget the word for something and come out with some totally garbled sentence structures...
...and this is in your OWN language. Gaining French skills without totally losing a hold on English is a daily struggle!

11. You’ll have a moment of feeling completely overwhelmed and out of your comfort zone.
It happens to everyone. Uprooting yourself and moving to a new country on your own is no mean feat, and you should give yourself credit for that.

12. You’ll miss home comforts...
For me, it’s salt and vinegar crisps. The mustard & pickle, bolognese and jalapeños options in my local supermarket just don’t quite hit the spot in the same way.

13. …But you’ll find new favourites.
Why do we not have Speculoos-flavoured ice cream and chocolate in the UK?! And how am I ever supposed to go back to sliced bread?

14. You’ll end up speaking a bizarre dialect of Franglais with English friends...
...littering your speech with awful abbreviations and using words you definitely wouldn’t have before, such as “super” (my own shameful habit: describing things as “top”).

15. You’ll feel a twinge of jealousy when you see photos of other people’s year abroad...
... especially while you’re stuck at work/in a boring lecture/home alone without plans for the evening. But remember, you’re probably falling into the trap of comparing your “behind the scenes” to someone else’s “highlight reel” and before long it’ll be you heading off on a city break or meeting new people!

Why I love NOT living in Paris