10 ways to save money while living in Switzerland 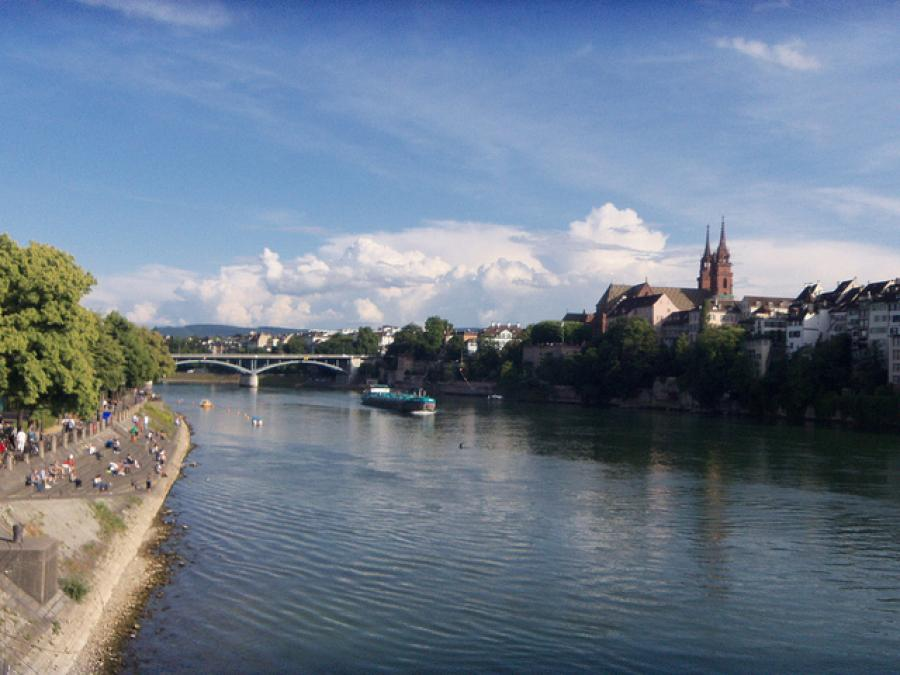 Fiona Scott is a penultimate-year medicinal chemistry student at Strathclyde University, Glasgow. She's coming towards the end of an IAESTE placement year in Basel, Switzerland working as a Chemist in a pharmaceutical firm. Here are her top tips for saving pennies when you're living in Switzerland! To find out more, check out her blog.

Switzerland is expensive. You’ve probably heard this before. Seriously though, I would make a withdrawal at the cash machine of an amount that might have lasted me a week at home and find myself out of cash within a couple of days. It just disappears.

Now I got pretty lucky with what is probably your biggest expense in Switzerland – accommodation. I managed to find an steal of an apartment. Sure it had no lounge and wasn’t the biggest bedroom in the world but I was paying less rent than I had been in Glasgow! I was expecting to pay at least double that. I didn’t mind too much because it was in a nice area by the Rhine and I really only used the apartment for eating, sleeping and Skyping, meaning that I could spend what I was saving in rent on travelling!

It is possible to be a savvy saver in other aspects of Swiss life though. Here are 11 tips for saving money in Switzerland.

1. Want an Erasmus grant? Don’t go to Switzerland.
In January 2014 the Swiss voted to tighten their immigration policy and as a result Erasmus stopped funding Swiss exchanges. Both ways. I was just about to start filling in the grant application form when I was told this. Luckily being on a paid placement I wasn’t as out of pocket as people just going to study in Switzerland might be.

2. Do your research.
Scour the guidebooks, search the internet and quiz locals for where the cheapest accommodation, public transport, supermarkets and restaurants are. For example, in one restaurant in Geneva I got two tapas plates and a glass of wine for CHF 30 (£20). The next day I studied my guide book and got literally half a chicken, a generous portion of potatoes, salad and a glass of wine PLUS dessert for CHF 22 (£15) somewhere else!

3. Get the monthly/annual ticket.
The Swiss public transport is supposed to be one of the best in the world. If you’re a tourist it’s a bit of a scam with the prices of some day tickets but as a resident you can take advantage of buying in bulk. For example, a day ticket for my region (Baselstadt and Baselland) was around CHF 17 (£11.60). A young person monthly ticket was CHF 50 (£34, I’m going to stop converting prices now). It’s a no brainer.

If you know you’ll be travelling further than your local canton regularly consider a half-fare or a GA travelcard. I bought a 1 year half fare card for CHF 175 which then gave me 50% off all future train fares (and some bus and boat fares too) in Switzerland. I made back my money in just a few trips and have probably saved hundreds of Swiss Francs.

4. More train ticket deals.
Buying advance tickets for specific trains and keeping a look out for special offers can save you a ton of money. CHF 24 single to Milan? Yes please.

5. Consider living/shopping across the border.
Basel is right on the Swiss/German/French triple border and a number of my colleagues commute internationally daily or at least go over the border to do their food shopping.

6. Restaurants really are just a treat.
When my parents came to visit for the first time they asked where I had been that was nice and I had honestly spent just over a month in Basel and hadn’t eaten out once. You’re doing very well if you can have a meal out with someone for CHF 50. This was a big change from fortnightly trips to Pinto/Spoons in Glasgow!

I found a couple of semi-affordable places that have a typical Swiss menu for taking visitors to, but apart from that I’ve steered clear of eating out. I only made an exception if I was on holiday, if the place had a specific local dish I wanted to try or if parents were visiting (and paying!).

7. Always ask for a student discount.
Most museums and modes of transport (cable cars etc.) offer some sort of student discount. I made a huge saving by taking out health insurance (compulsory for Swiss residents) with a company that gave student exemptions, SwissCare. I was paying per quarter what others were paying per month. Most student discounts tend to be few francs off a museum fee or something but it’s still very satisfying to make a saving in Switzerland.

8. Free coffee.
Starbucks is about double the already extortionate price it is in the UK and coffee tends to come in small cups everywhere else. Head to a mobile phone shop like Sunrise or Swisscom with a simple question and take advantage of the coffee machines for customer use while you wait!

9. Look out for freebies.
About once a week there’s some sort of give away in larger train stations like Basel SBB. Orange juice, sweets, milkshakes, pasta sauce, a towel, even Lindt chocolate around Christmas and Valentines Day!

10. Learn to like beer.
CHF 5 for 100 ml of wine, CHF 10 for a G&T, I had to say good bye to my usual tipples. Beer is often cheaper than water. It makes you seem more like a local too! Don’t forget to say “Prost!” to your companions before taking your first sip.

Buy a picnic for the lake/river/Alpine views.
It’s really not worth paying the restaurant prices. Besides, what could be more Swiss than some bread and cheese with a view of the Alps? You can also drink alcohol in public so buy your beers in the supermarket and enjoy the scenery.

Sometimes you just have to stop thinking about it. It didn’t take long before I got tired of gasping at every price, converting it to GBP then gasping again at the exchange rate every time I bought something. It’s Switzerland. It’s expensive. That’s just how it is. If you’re in a paid position, lucky you. Salaries are higher than the rest of the world for a reason. Every once in a while don’t focus on the money and just enjoy yourself.

Hi there! I have just spent a year in Switzerland and I found this card from the Post Office incredibly useful! It's so easy to top up online, you can do so from anywhere (so if you had an e...