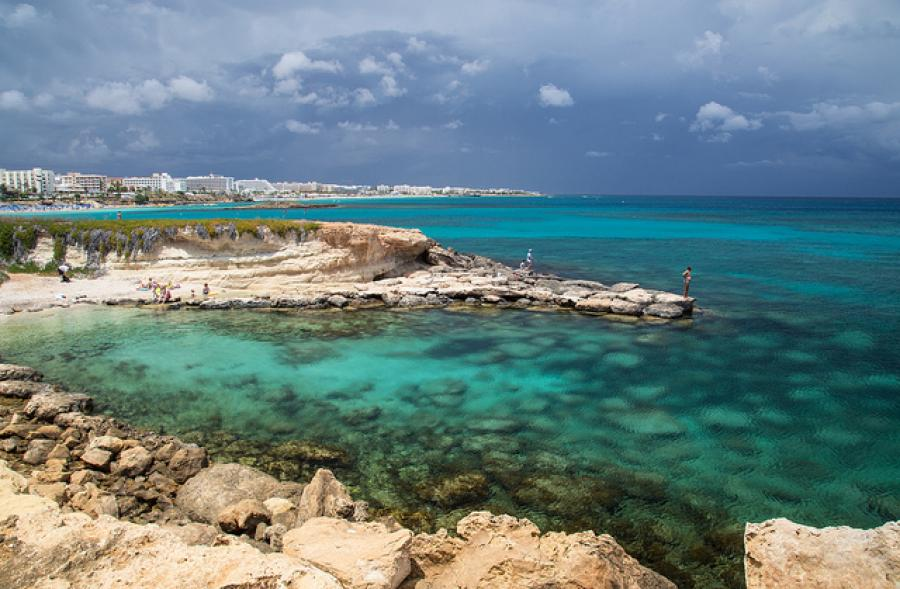 This article was written by Luke Marshall, published on 12th May 2015 and has been read 4015 times.

Luke Marshall is a Law and Criminology at University of Sheffield, currently doing his Erasmus year abroad at the University of Cyprus, in Nicosia, Cyprus. Here's a quick run­down of the 10 best things about living in Cyprus, and a whistle­stop tour of the surprises too.

1. The weather, of course.
What's not to like? Late 20s, early 30s until November? Get out of here! Swimming in the Mediterranean around Hallowe'en? I don't believe you. Believe it or not. The summer runs late, and the cold days only take up January and February, then a nose dive straight back into summer.

2. The food
With an island so closely connected to Greece at heart, but so close in proximity to the Middle East, you're sure to find a great selection of food (and impressively cheap too). Whether it's a 2­-3 hour sitting in the evening for a meze (anything from 15 dishes upwards, of everything the kitchen has to offer; souvlakia, sheftalia, stifado, kleftiko, the list goes on), or a quick bite to eat with a gyros or shawarma, you're sure to eat well.

3. Traditional drinks
While the local beer isn't something to write home about (personal opinion, sorry!), the aperitifs that the nation hold dear are a must ­try. Whether it's the winter­ warmer Zivannia, or the sweetest (and historically, oldest) wine in the world, Commandaria, you're almost definitely going to prefer these over knocking back a jaegerbomb. Or if these don't float your boat, try a Brandy Sour, held to be the nation's cocktail.

4. Troodos Mountains
Smack bang in the middle of the island, we have the Troodos Mountain range. Mostly snow- capped all year round, Troodos Square, and it's surrounding traditional villages offer picturesque valleys, and beautiful woodland. All less than a 30 minute drive from the warm, sunny beaches, so in no time at all you can be sunning it up on the white sand.

5. The beaches
Whether it's Nissi Beach, Konnos Bay, or the award winning stretch along the South ­East coast close to Protaras, there's a beach for everyone. You want a busy (yet incredibly beautiful) party beach, or a quiet cove to relax and read a book, Cyprus has it.

6. 24 hour bakeries
An absolute God­send after one of the many cheap open bars directed at Erasmus and International students alike that the cities have to offer. Not only is it open whenever you need, the food is brilliant. Feed me a slice (the size of my head I must add) of a Meat Mania pizza with Philadelphia in the crust, the morning after and I'll be right as rain.

7. Takeaway Delivery
Okay big deal, nothing new right? Wrong. Everything, and I mean everything delivers. McDonald's, Burger King, Subway, the list goes on. Just wanting a McFlurry quickly turns into 20 nuggets, a Greek Mac, a Bacon & Halloumi pitta, large fries and a Sharebox... oh, and I almost forgot that McFlurry.

8. Everyone knows everyone
Some people who wish to be BNOC's might not like this, because the fact is, everyone is. The island's population hovers around 760,000. In the capital, Nicosia for example, it's nice to have locals and other students remember and recognise you, and greet you with a friendly “Καλημέρα!” (ka­lee­mer­ra).

9. Σιγά­σιγά (Siga­siga)
The “let it be”/”what happens, happens” attitude is refreshing. It's too hot to get worked up over something, so take your time and things will come good eventually. But remember, if you have an appointment, throw out the old “10­ minute­ rule”, don't worry about being late yourself and more importantly DO NOT rush. Anything from 10­-25 minutes late is actually classed as on time, and besides, they had to stop and get a Frappé.

10. Cafe culture
Never have I ever seen bars, and cafes consistently packed to the rafters. Perhaps when the Champions League final is on, your SU bar is tighter than David Cameron's wallet for welfare. But here, any given day, head into town, and you'll hear the barrage of chat, smell the scent of coffee and fruity shisha, and you'll know finding a table big enough to fit your group on may take a little longer. Once you do however, soak up the atmosphere.

And a few honourable mentions...