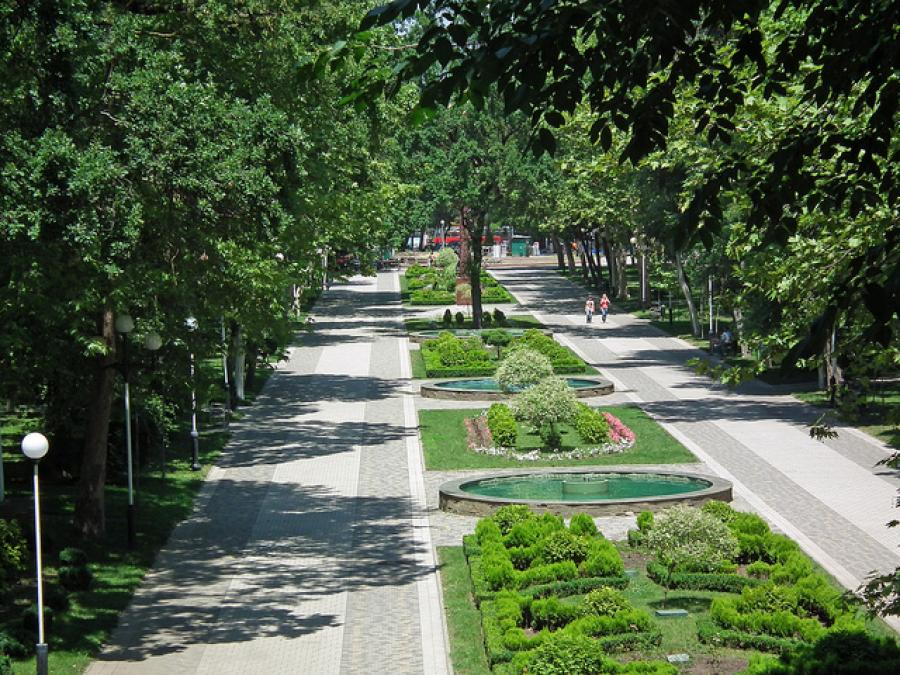 This article was written by Sophie Milner, published on 2nd June 2015 and has been read 5468 times.

Sophie Milner is a third year French and Russian student at the University of Bristol, currently studying in Krasnodar, Russia. In this piece, she reflects on what she's learnt so far about Russian life! To follow Sophie's adventures abroad, you can read her blog.

Over the short time I’ve been in Russia, I’ve really grown to love it. Here are some of my strongest impressions of my new home away from home.

1. Russians are the most hospitable people I’ve ever met
As foreign students on a special programme, we are very well taken care of by our teachers and friends alike. One time, a couple of the English girls and I caught a cold and missed our morning class, and our teacher phoned us in a fit of panic. Later on that day some Russian students came to our room with a fruit basket and orange juice supplies, and other international students came to check that we were okay (because apparently the teacher had been going all over the university telling everyone). It was overwhelming.

2. Don’t be too profuse with your pleases and thank yous
Russians don’t waste too much time with trivial manners, such as thanking the cashier every time they hand you a bit of change or your receipt. Also, women of seemingly any age are addressed as ‘girl’ (devushka.) As in, “Girl! Show me your student card.” “Girl! You have to pull the door, not push it.” At first I found this a bit shocking, but have since got used to it. Regardless, I still feel too awkward to use the term of address myself, so I end up giving the waitress a very English, “Um, excuse me, please.”

3. Feminism is just not the same as back home
On that subject, I’ve found it pretty bizarre that a lot of students my age seem to hold some quite old-fashioned views when it comes to marriage and gender roles. Also, a fair few times I’ve been asked by taxi drivers and random men whether I’m married – and then: “Why not? You’re 20 – better get a move on.” But surely I have to enter adulthood first?

4. There is some seriously delicious food out here
Grechka: buckwheat groats. You can buy grechka, the national grain, so very cheaply here, and enjoy them for months on end without getting bored (I’m obsessed). Other foods I’ve enjoyed include: kasha, borscht, pelmeni and blini. Everything smothered in sour cream, of course.

5. Watch out for dill
That being said, please avoid dill - the intrusive herb which makes its way onto every plate in Russia. In restaurants, make sure to ask for your meal bez ukropa… unless you actually like dill, in which case Russia is your spiritual home.

6. Transport is cheap as chips
Or even, far cheaper than chips. Having become used to paying 17 roubles (21p) for a tram journey, never can I go back to my local bus fare of £5. You can also get the marshrutka here, which is like a bus (except scarier because it’s a small white van) for 19 roubles.

7. Weird café menus
Never, before coming to Russia, have I seen so many virgin cocktail options on one menu. What’s more, sometimes you’ll ask for a hot chocolate, and they’ll give you a pointless tiny pot of chocolate sauce. Beware of this.

8. There’s a real lack of student drinking culture
Contrary to what I expected about Russians and their vodka, drinking here doesn’t seem to be a particularly student-y thing (especially for girls) – rather, more of a middle-aged man thing. In fact, in the student halls, alcohol is ‘strictly forbidden’ and students never go out on weekdays.

9. Pop music is like Eurovision all year round
Unbearable.

10. Krasnodar is beautiful and life is grand
Throughout most of March, the weather was as dismal as was to be expected. However, the very second spring began, suddenly there were flowers and greenery everywhere.

With only a few weeks to go before I leave Russia, I begin to despair. Not only will everything in England seem miniature-size after the architecture I’ve now gotten used to, but there aren’t nearly enough fountains and food is too expensive. If anyone reading is thinking of studying here, go for it! And while you’re here, buy a Putin t-shirt from the market. They’re pretty cheap.