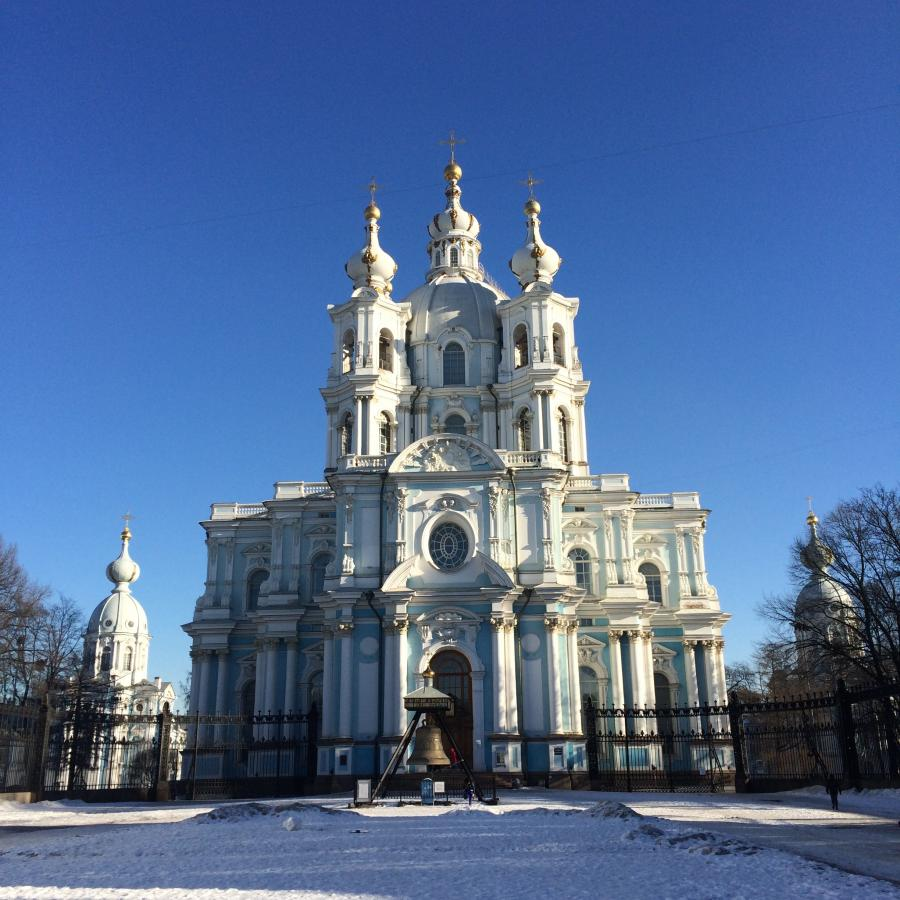 This article was written by Phillie Spottiswoode, published on 27th May 2015 and has been read 4608 times.

Phillie Spottiswoode is a 3rd year undergraduate at the University of Sheffield studying French and Russian. She spent the first semester of her year abroad in Aix-en-Provence, France and is spending the current semester in St.-Petersburg, in Russia - which she loves. Here are 10 reasons why...

When I tell people I’m studying in St. Petersburg, I’m often met with people thinking that Russians are very cold and closed people, that the city is a barren wasteland filled with stray dogs and the only things available are vodka and potatoes. Either I’m incredibly positive, or it’s nothing like that, so here are 10 things I love about St. Petersburg.

1. The friendly atmosphere
There is no doubt about it: people in St. Petersburg are wonderful. They are incredibly open and inviting. They will go to the ends of the earth for their friends and family. When talking to my Russian friends, I realised that a rather true stereotype of British people is that we will say things like “yes we must get a coffee sometime” when actually we would both rather swim through the Neva completely naked in December. When Russians say it, they mean it. You can always tell when you have found a friend in St. Petersburg, as they don’t do weird social dances in order to keep the peace. So, when I first arrived and I started hanging out with Russians, I didn’t realise that they were being serious, so when I said “yeah sure we can hang out”, I was surprised to receive a message saying “great, this Saturday at 2pm?”. 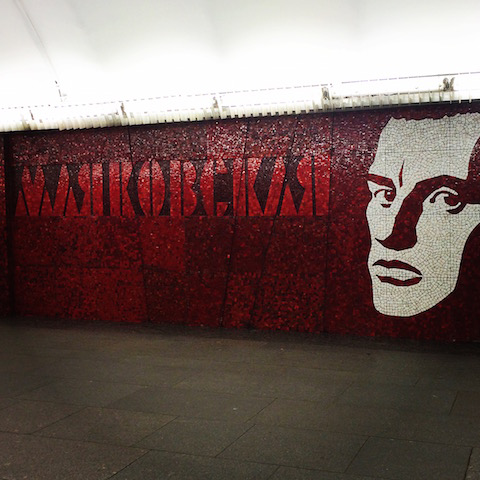 2. Public Transport
The metro: what a magical underground system. It is so cheap (around 30 rubels for a journey) and you can get basically anywhere. The metro stations are beautiful and a lot of them have old communist decoration along the walls, on the ceilings and sometimes just the odd statue. Many of the underground trains are also from the communist era which is so interesting and makes me smile every time I see the “by order of the Red Star”. I live on the blue line which takes me directly to Dumskaya, which I will talk about later.

You can also get a bus everywhere for 28 rubels and a marshrutka, which is basically a minivan with seats on that you sort of have to shout “ostanavitye!” or some rough approximation to get off. I am a coward and so scared that I’ll pronounce it wrong that when I need to get off, I usually just keep quiet and wait for someone else to say it. 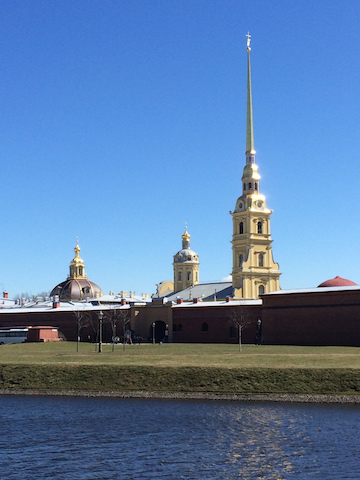 3. The beauty of the city
I love walking. So when I’m walking back from university, I like to stroll all the way down Nevksiy. I can admire all the architecture and look way more pensive and cultured than I actually am. The architecture is not incredibly Russian as it was built as a ‘Window to Europe’, but it’s very similar to Prague which is also beautiful. You of course do have the Church of Spilt Blood (which has many names, and I can’t remember them all, so I just call it that), as well as the Winter Palace and the Peter and Paul Fortress.

You also have the best bookshop in the world, Dom Knigi, on Nevskiy, which is as beautiful inside as it is outside. The university which I study at is situated at Smolny Sobor. Now, I love Sheffield, but between studying in Hicks and Smolny Sobor, I know which one I’d rather. Also, Saint Petersburg makes a mean bridge. 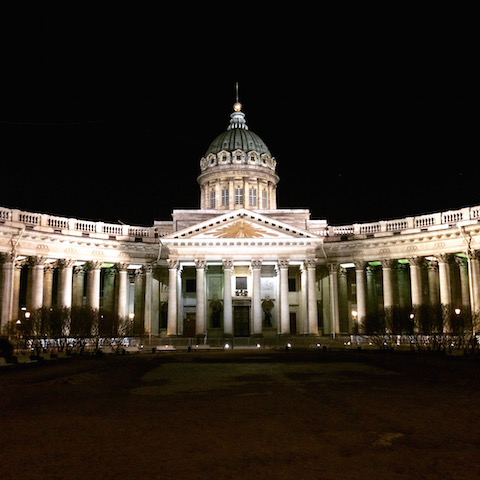 4. Student friendly
Who can say no to student discount in about every museum imaginable? I have been to the Hermitage more times than I care to count as whenever people visit I offer the old “oh the Hermitage, we must go.” I am not a massive fan of the Hermitage (shoot me), but I can get in very cheaply due to the fact that I have my studencheskij bilyet to hand.

It’s cheaper if you have a Russian student card as opposed to your normal student card. This goes for most cathedrals and Dom Knigi, (otherwise known as paradise), which also does a loyalty card discount - and they take off student discount on top of the discount they already give you if you have a Dom Knigi discount card, unlike many places in the UK which will say that you can’t have both (goddammit, yes I can. Just gimme ‘em). 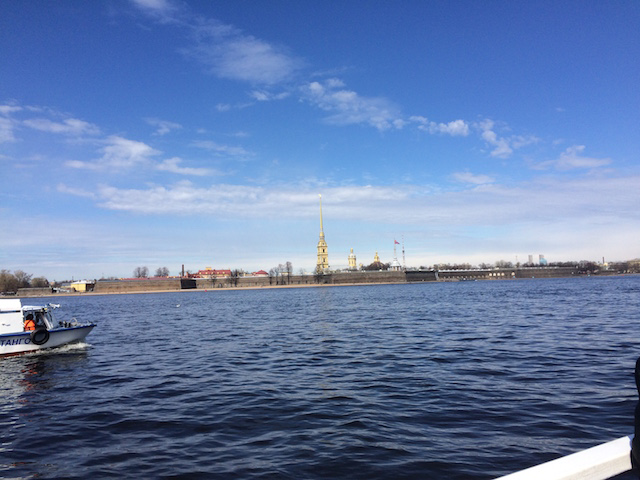 5. Speaking Russian every day
When I first chose St. Petersburg I had to encounter the nay-sayers.“You’ll not be forced to speak Russian and the whole thing will just be in English and you’ll come back speaking less Russian than before.” Well they are all wrong. If you don’t know Russian before you come to St. Petersburg, you are very, very limited. And by that I mean you may have a handful of restaurants to go to and a couple of really tourist-y sites.

Of course, you will always find people that speak English. How can you not? It is simultaneously great and really annoying that so many people speak English, and they want to practise it with you. However, everyone loves to use their native tongue, and so will be thrilled if you say “po-ruski, pozhalista.” Besides, there are also many people who do not speak English, as, just like us with German/French/Spanish, they had to learn it at school and therefore gave it up as soon as they could.

Don’t think your Russian is good enough to converse? Well, you’ll find that you speak excellent Russian (and any other language) after a few vodkas. 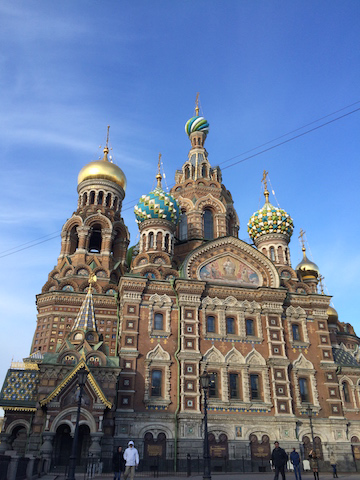 6. The choice
I chose St. Petersburg because I am what some people might call the World’s Most Awkward Human - a vegan. I knew that living in France would be tough enough, and I should give myself an easier time and live as a vegan in Russia.

The great thing is that veganism seems to be quite hip and trendy in St. Petersburg. There are a host of great vegan and vegetarian restaurants (such as Cafe Ukrop), and many of the main chains (Dve Palochki) also have vegan options. My friend with a nut allergy and gluten intolerance has little to no problem, and my vegetarian friends are thrilled with the choice. 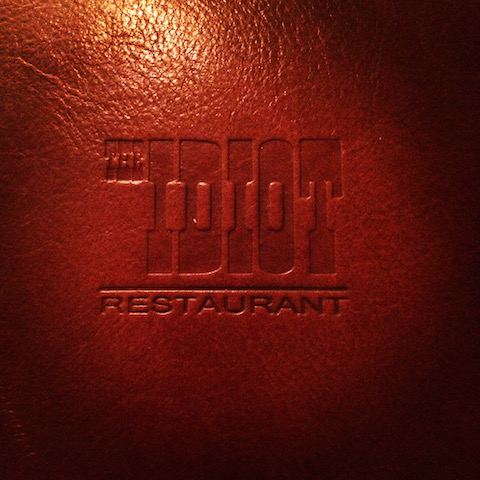 7. The weather
St. Petersburg, as I write this, is incredibly hot. I am taking cover in a Dve Palochki as I type this out. If you are here all year, you will need to pack the warmest clothes possible and for the second semester I just suggest going naked (I don’t - please don’t do that). It is amazing though, we saw the Neva frozen, and now we see it well…not frozen. St. Petersburg transforms from this frosty palace where your face feels like it’s being bitten from the cold, to suddenly tulips sprouting and 22oC heat. 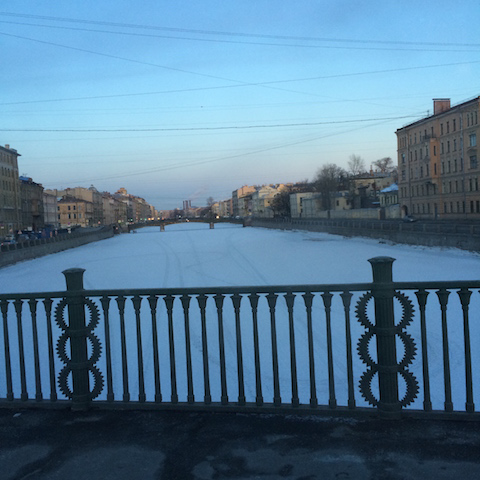 8. The nightlife
Although I was initially cautious about the nightlife in a new country, that quickly went out the window. The prices are not horrific (as long as you don’t order rum, as well as many other things that you recognise from home - think Sheffield prices as opposed to London prices), and the karaoke is always a treat/horror. They are big on karaoke here, and they dress pretty much the same as we do in England. You’ll get girls in Vans and jeans or you’ll get girls in sky-high heels and minidresses; there really is no dress code apart from ‘look smart’ for certain places.

Dumskaya is a great string of bars, and is situated off the side of Nevksy. There is Poison, Fidel, Morrison and Chert Poberi as well as others. They all offer the same kind of thing, though some are more relaxed than others. There’s also Mishka bar which I’m told (never tried it due to the advocaat) does a mean lemon pie cocktail (they also do a great mojito) and on certain nights these are buy 1- get-1 free.

Note: When pre-drinking, shops stop selling alcohol at 10pm. Apparently you can get it after that if you ask nicely, but I have never tried as I don’t want to get in serious trouble. 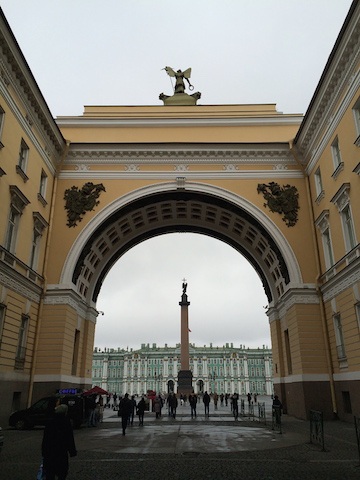 9. Living with a host family
This is something I was dreading, but my host family is lovely. I am aware however, that I am really lucky due to the fact that I got an amazing host family. They always talk to me in Russian and ask me how I’m doing. When I had problems at university, they helped me with them, and I even walked dogs at a dog shelter with my host ‘mum’. They are wonderful people who don’t charge me for washing, nor do they yell at me for stupid things. If you have the option to live with a host family, definitely do it. If you decide it’s not for you, you can change to live by yourself through websites like airbnb. 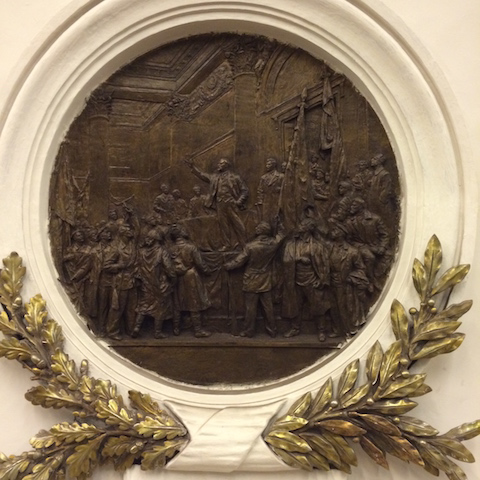 10. The rich history and culture
St. Petersburg, as many people know, was the stomping ground of incredible rulers (such as Catherine the Great), and you can see a mix of the different politics and cultures spread throughout the city. Statues of Lenin and communist architecture mixed with the beautiful cathedrals, mosques and churches, the plaques on the buildings that tell you who was born where, what they did, what happened there and of course, when it was. The small hidden cafés and restaurants named after authors, historical events, works of art and traditional Russian culture are dotted around the city, waiting to be discovered. 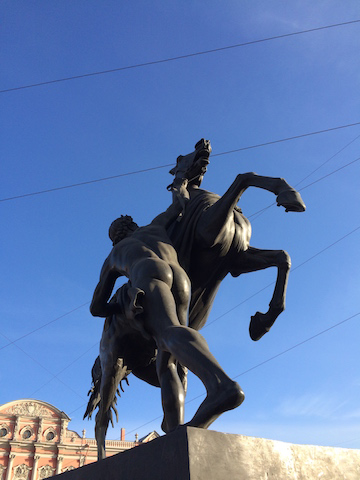 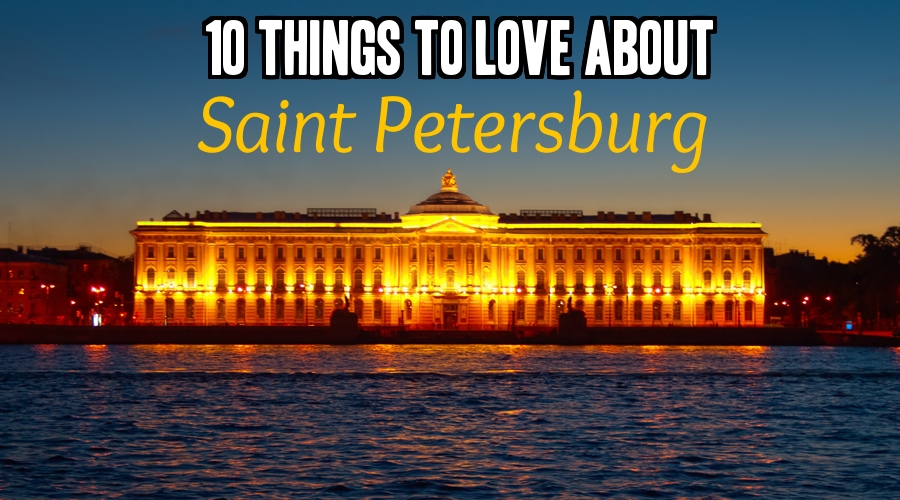 An insider's guide to Russian Cuisine